Newcastle indie rock trio The Pale White have announced their debut album is coming this Spring.

Titled Infinite Pleasure, the release is due on April 23rd via Awal.

Comprised of brothers Adam (Lead Vocals, Guitar) and Jack Hope (Drums), and long time friend Tom Booth (Bass), the trio have one of the most exciting and thrilling new artists to break through the ranks in recent years fpor their signature melodic guitar work, thunderous rhythm section and magnetic live shows.

This resulted in the band being picked as an ICM Ones To Watch artist in 2019. Their eccentric live shows and action-packed rock anthems put them on the map and this debut LP announcement will only add food to the fire.

Infinite Pleasure will feature the huge recent singles ‘Glue’ and ‘Take Your Time’, as well as new track ‘Confession Box’ which was our Modern Age Music Song of the Day’s last week.

Speaking about the record, The Pale White said: “We’ve been talking about our debut album for a long time and now it’s actually happening. It feels surreal.

“’Infinite Pleasure’ is the concept that as humans, we’re constantly chasing that ‘something’ throughout our lives.

“Sometimes the journey can be the most fun without realising.

“We’re definitely reflecting on everything we’ve done so far and feeling incredibly proud about it as we take the leap into a new chapter of The Pale White.”

Infinite Pleasure is released April 23rd, 2021, it is available to pre order here. 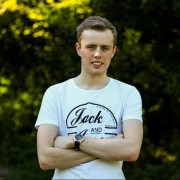