It's that humble take that gives us hope someone will be able to fill Trebek's formidable shoes, even as...
Read more 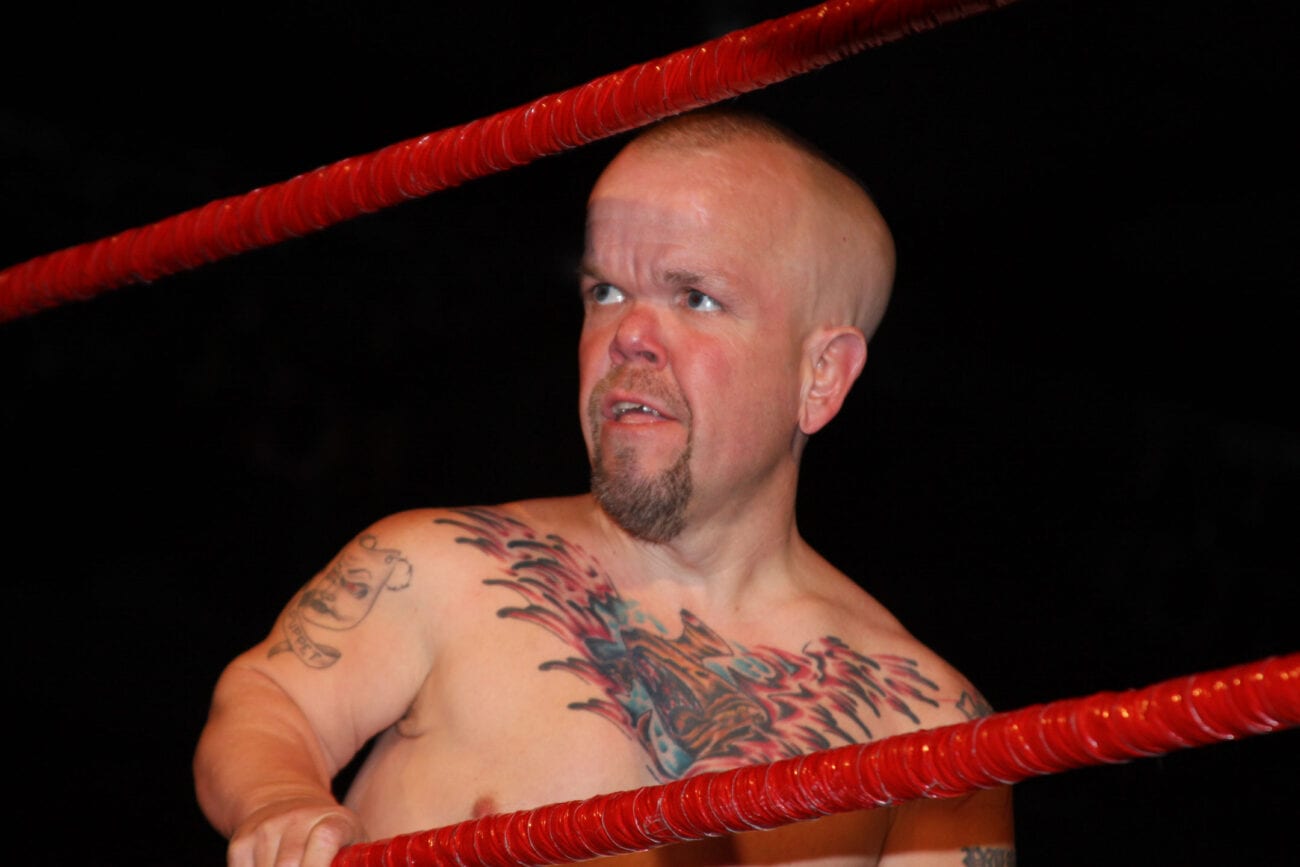 A legend in the pro wrestling world and a prolific actor, Stevie Lee was at the top of the game when he tragically passed away on September 11th, 2020. Creator of Half Pint Brawlers, Lee was well-known for giving midget wrestling a platform and giving more visibility to those with dwarfism.

As the wrestling community mourns the loss of such a strong talent, we’re here to reflect back on his long-lasting career. Whether you know Stevie Lee from his small but memorable role in Jackass 3D, his days in NWA: Total Nonstop Action, or just know him from American Horror Story: Freak Show, Stevie Lee was more than just a pro wrestler.

To honor such a strong talent, we’re here to look back at Stevie Lee’s best moments across film, TV, and wrestling.

The bar fight in Jackass 3D

One of the few people brave enough to take on Wee Man himself, Stevie Lee starred in the third Jackass film in a bar fight against the Jackass star. When Wee Man is seen flirting with Lee’s GF, Lee isn’t afraid to go to town on Wee Man and gets some of his buddies to help with the beatdown too. Course, the entire fight is staged. It’s still funny AF anyway. 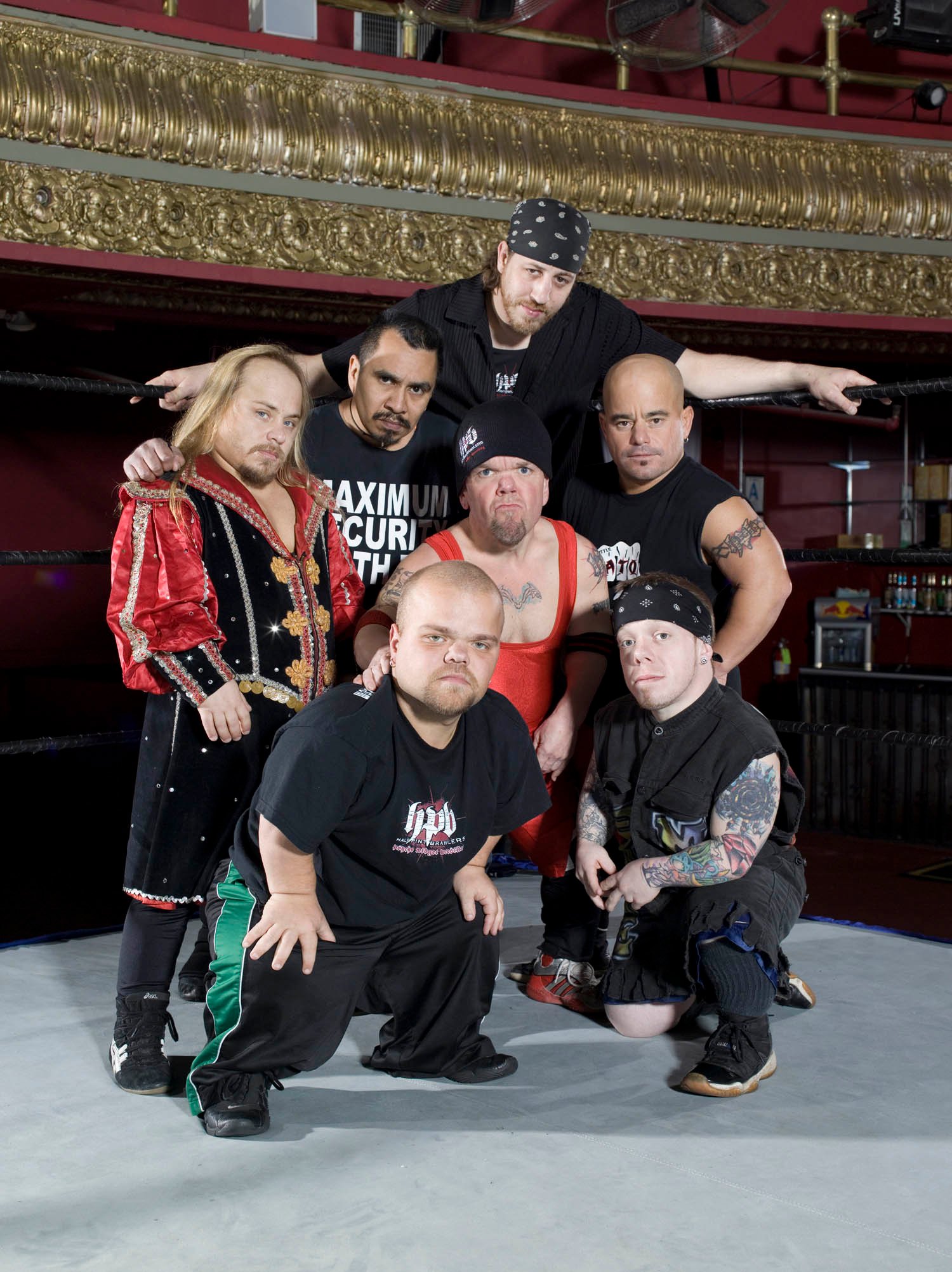 Every moment from Half Pint Brawlers

Stevie Lee, better known professionally as Puppet the Psycho Dwarf, was the creator of the Half Pint Brawlers wrestling group, a wrestling organization dedicated to helping dwarfs become pro wrestlers. The success of the group led to a reality TV show about the group on Spike, called Half Pint Brawlers. Following Lee as he led the group, we really don’t have anything bad to say about the show.

Lee appeared on The Best Damn Sports Show Period during a collab between Fox Sports Net and Total Nonstop Action. Going into the ring against iconic Best Damn Sports host Tom Arnold, the two gave wrestling fans an entertaining night between all the bashing going on and the joke of a fight between the two. Stevie Lee should’ve considered a career as a stand up comedian if his career as a pro wrestler went wayside. 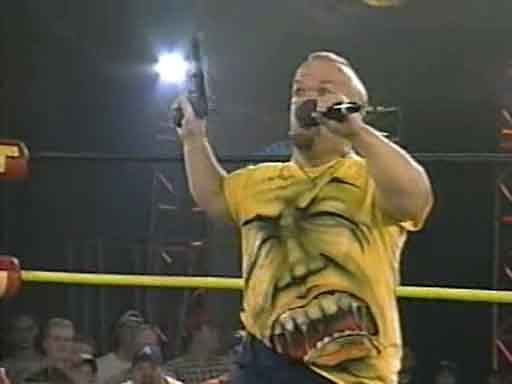 Pulling a gun on Jeff Jarrett in the ring

Wrestling used to be absolutely insane during the Total Nonstop Action era. In a matchup between Puppet and Jeff Jarrett, Stevie Lee pulled out a gun on Jeff in the middle of their fight. Of course, like everything else in wrestling, it was completely scripted, but it was still bonkers to watch nonetheless.

It's that humble take that gives us hope someone will be able to fill Trebek's formidable shoes, even as we get misty-eyed over each...
Read more
Video

The best Black Friday 2020 gaming deals you can buy

It's that humble take that gives us hope someone will be able to fill Trebek's formidable shoes, even as we get misty-eyed over each...
Read more

FIGHT FIGHT TONIGHT ON REDDIT!!!  Mike Tyson vs Roy Jones will duke it out for the newly-created...
Read more

Rob Kardashian is so "thankful" for his daughter. On Nov. 28, the Arthur George founder posted a photo of his 4-year-old daughter Dream Kardashian, who he...
Read more
- Advertisement -