Sea Girls have rescheduled their upcoming UK tour for the second time – check out the new run of...
Read more

Both the pugilists have cemented themselves in the top-slot of the welterweight...
Read more

Today in this video you will see 10 LATEST TECHNOLOGY INVENTIONS ▷ Smart gadgets You Must Have Day by...
Read more 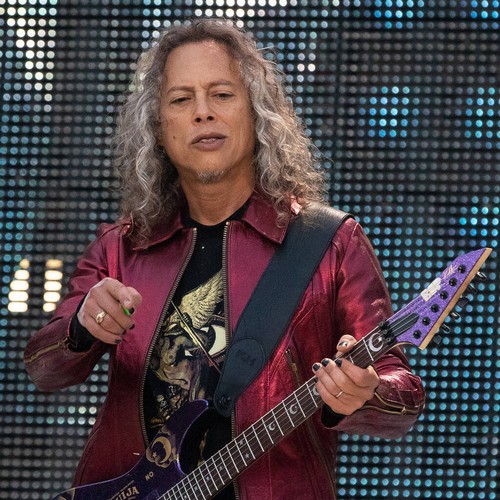 Metallica rocker Kirk Hammett has defended the group’s decision to launch their own whisky, despite frontman James Hetfield’s long battle with alcoholism.

The Enter Sandman rockers scrapped plans to tour Australia last year, as Hetfield had returned to rehab to cope with an addiction he first publicly battled back in 2001, before going sober for a long period.

Back in 2018, the group launched Blackened, a whisky that used their music, played through a subwoofer to disrupt the whiskey inside its barrel, a decision lead guitarist Hammett is still comfortable with despite his bandmate’s relapse.

“You can’t compare the two things. James’s struggle to get dry is a completely personal matter mentally and emotionally,” he tells Britain’s Daily Star newspaper. “The fact that we produce, bottle and sell alcohol is totally independent of this.

“It is completely up to you whether you drink or not. And I think I can sell what I want. If I were a diabetic, that wouldn’t mean that I couldn’t sell sweets.”

Updating fans on Hetfield’s situation, he adds: “We hold a virtual meeting once a week to keep in touch. James is working his way out of his situation. We can really only try to support him.”

The rocker went on to assert that the band would emerge stronger from their latest setback.

“We’ve definitely survived so much and have become ­brothers,” he explains. “We love one another, even if we sometimes hate each other as well. But that’s the way it is with brothers. We realise that we are bound to one another for the rest of our lives. I could say I’m leaving Metallica. And then what? Everyone would look at me and say: ‘Hey, that’s the Metallica guy.'”

Sea Girls have rescheduled their upcoming UK tour for the second time – check out the new run of...
Read more
Entertainment

Both the pugilists have cemented themselves in the top-slot of the welterweight division with absolute dominance. Although...
Read more
Video

Today in this video you will see 10 LATEST TECHNOLOGY INVENTIONS ▷ Smart gadgets You Must Have Day by day technology advances so do...
Read more
Politics

Sea Girls have rescheduled their upcoming UK tour for the second time – check out the new run of dates below. The tour, originally set...
Read more

Cardi B Reacts to Teyana Taylor’s Music Retirement Announcement: ‘I Hate That She Feels How She Feels’

In her response, Cardi praised the R&B singer-songwriter's 2020 release, The Album, and shared some sympathetic words."If you know me then you know Teyana...
Read more

As we fast approach what’s expected to be a very different Christmas for us all this year, the multi- platinum selling musician and multi-instrumentalist...
Read more

Liam Gallagher is set to share his ‘Down By The River Thames’ livestream event tonight (December 5), and has previewed the show with a...
Read more
- Advertisement -