Russia’s ruling party is on course for a series of local election wins, but also looks set to suffer some setbacks as allies of poisoned Kremlin critic Alexey Navalny scored rare victories in city council votes in Siberia.

Coming a year before parliamentary elections, the local polls were seen as a major test for the United Russia party, which backs President Vladimir Putin, amid growing discontent over economic woes.

While votes were still being counted, official early results on Sunday showed pro-Kremlin politicians coasting to expected landslide wins to serve as the governors of the regions of Komi, Tatarstan, Kamchatka and more than a dozen others.

But Navalny’s supporters made gains in Novosibirsk, Russia’s third city by population, and the student town of Tomsk where United Russia appeared to have lost its council majority.

“People are sick of the authorities. You can’t sit on the throne for 20 years, grab, steal endlessly, do all of this and go unpunished,” said Ksenia Fadeyeva, who won a council seat in Tomsk. 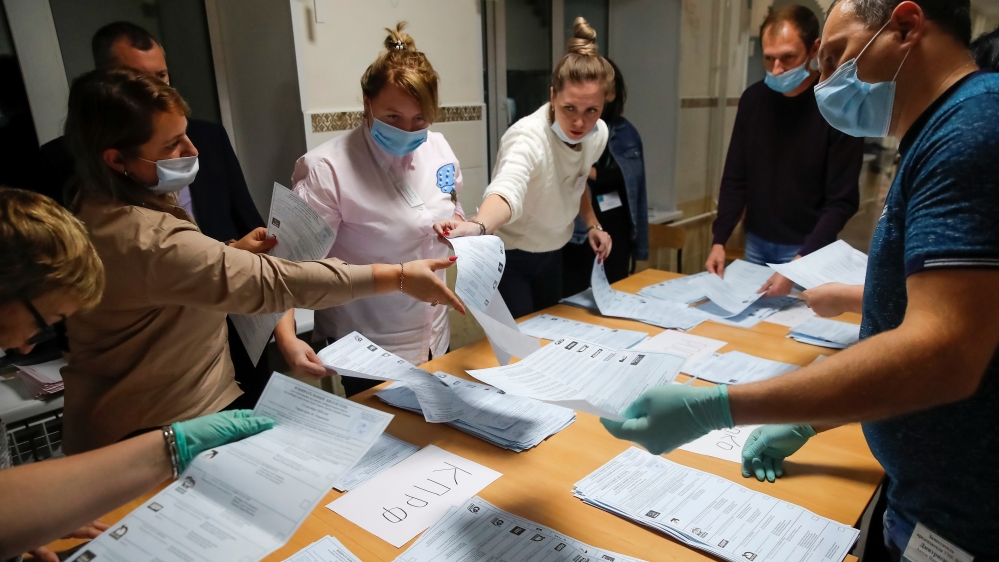 In an effort to fight Putin’s electoral machine, Navalny and his team had urged Russians to vote tactically by backing the strongest candidates against the ones fielded by United Russia.

“What they’re trying to do is chip away at the Kremlin’s image of invincibility, that the Kremlin completely controls elections,” said Ben Noble, from the University College London, commenting on the new approach being adopted by Putin’s opponents.

“If through smart voting Navalny and his team can demonstrate that there is scope for competition, for opposition success, then that might lead to a snowball effect – and that’s something the Kremlin is extremely worried about,” he told Al Jazeera.

Navalny was in Siberia to promote his “smart voting” campaign last month when he was poisoned with what Germany says was a Novichok nerve agent, sparking an international outcry. His associates believe the use of the banned chemical weapon shows only the Russian state could be responsible. The Kremlin has rejected any suggestion that Russia was to blame for what to happened to Navalny, who is currently recovering at a Berlin hospital.

Meanwhile, the independent election monitor group Golos said on Sunday it had received a “stream of reports” that observers had been denied their legal rights to view documents and submit complaints, with conflicts sometimes ending in “fisticuffs”.

It had also received reports of ballot stuffing and officials switching ballot papers cast by real voters for ones they had filled in, the group added.