My Legacy: Madi Fowler | Sports Run in the Family for the Fowlers

Track and field may be her sport, but you might recognize Madi Fowler's siblings and parents across basketball courts,...
Read more 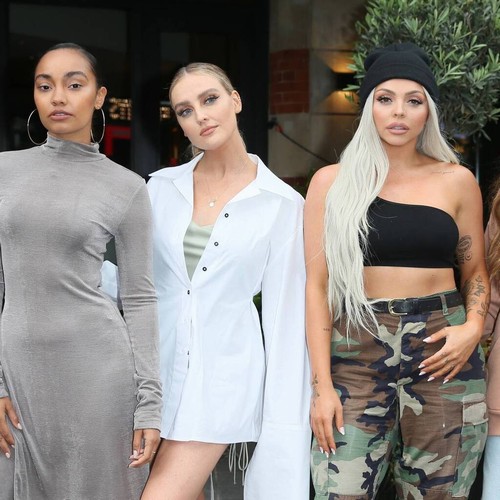 Little Mix will hit the stage for a special performance at the 2020 MTV Europe Music Awards (EMAs) after being confirmed to host the annual prizegiving.

“What an honour! To present the MTV EMA’s is a dream, it’s such a special event,” they shared in a statement. “We’ve always loved watching the spectacular performances and seeing who everyone has voted to win.

“This year we’ll also be performing our new single Sweet Melody, our second EMA performance. The show will go on and we can’t wait!”

The 2020 MTV EMAs take place during a livestreamed ceremony on 8 November.

My Legacy: Madi Fowler | Sports Run in the Family for the Fowlers

Track and field may be her sport, but you might recognize Madi Fowler's siblings and parents across basketball courts, Super Bowl arenas, and even...
Read more
Entertainment

Sacramento County Sheriff Scott Jones went on Fox News on Saturday to explain why he is refusing to enforce the state of California’s coronavirus...
Read more
Technology

Experts say AI-based apps like qXR, which help clinicians diagnose tuberculosis early, could make an enormous impact on the control of the disease in...

On the latest episode of Rainbow Woman, Geri Horner (née Halliwell) reflects on how Beauty, her beloved rescue horse, helped her find courage to...
Read more

Long-lost collection of Bob Dylan documents sell for £370,000 at auction

A previously long-lost collection of Bob Dylan documents has sold at auction for $495,000 (£373k). The papers included unpublished lyrics written by the star, letters...
Read more

Nonprofit Musicians on Call and Gibson Gives partnered this week to bring live music to the bedsides of patients in healthcare facilities. Launching the...
Read more

The 52-year-old music star has rediscovered his love of cooking amid the coronavirus pandemic, and as he looks towards next year, Shaggy also revealed...
Read more
- Advertisement -

My Legacy: Madi Fowler | Sports Run in the Family for...