"It was a learning experience for me to really disappear when I was present to make him comfortable so...
Read more

Richard Enion and Michael Davis seek an investment of £50000 in return for a 10% equity stake in Bass...
Read more 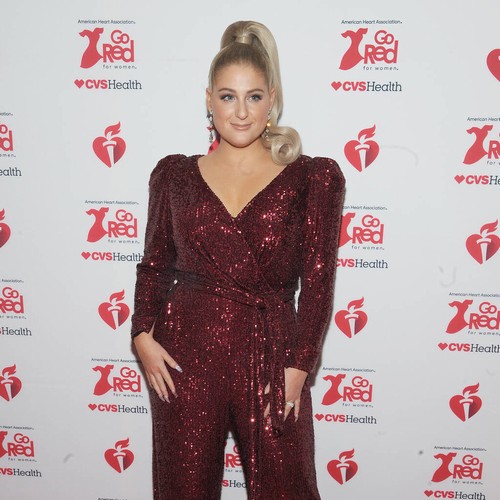 The All About That Bass singer accidentally revealed the sex of her first child with husband Daryl Sabara on Monday, during a TV chat with news show Extra.

“That was, like, the greatest day ever because I was like, ‘Where is he?’ and he was kicking and it was beautiful,” Meghan went on, before realising her slip-up.

“It’s a boy,” she confirmed, adding: “I’ve been having to hide that for so long.”

Meghan announced the baby news earlier this month, telling fans: “You all know how long I’ve wanted this!!!! @darylsabara and I are so beyond happy and excited to meet this little cutie early next year! WE’RE PREGNANTTTTT!!!”

The baby is due around Christmastime, with the singer celebrating the good news by releasing two new Christmas tracks from her upcoming holiday album: her cover of Wham!’s Last Christmas and new song My Kind of Present, which she wrote with her brothers, Justin and Ryan Trainor.

“The whole album was recorded with the baby in me, so it’s like our first album together, it’s really cute,” she remarked.

And the singer doesn’t plan to stop at one child: “I want a village. I want a big, big, big, family and my husband’s down, he’s nodding his head,” she laughed.

“We already have names for two of them,” she declared.

"It was a learning experience for me to really disappear when I was present to make him comfortable so...
Read more
Entertainment

Richard Enion and Michael Davis seek an investment of £50000 in return for a 10% equity stake in Bass Tone Slap. Their clapping exercise...
Read more
Politics

Republicans in Congress Stay Largely in Line Behind Trump

It's the most Woj Bomb-filled time of the year. Yep, NBA free agency is here. With training camps beginning Dec. 1 and the 2020-21 season...
Read more
- Advertisement -

"It was a learning experience for me to really disappear when I was present to make him comfortable so he can live his life...
Read more

Paul McCartney has been forced to release his new solo album a week late due to production delays.The Beatles legend recently announced he had...
Read more

With an 11th frame at No. 1, Shoot surpasses two high-profile projects, Beyoncé’s Lemonade and Kendrick Lamar’s DAMN., to claim the longest run at...
Read more
- Advertisement -

How Shawn Mendes’ ‘In Wonder’ Doc Strips Away the ‘Mythology’ of...