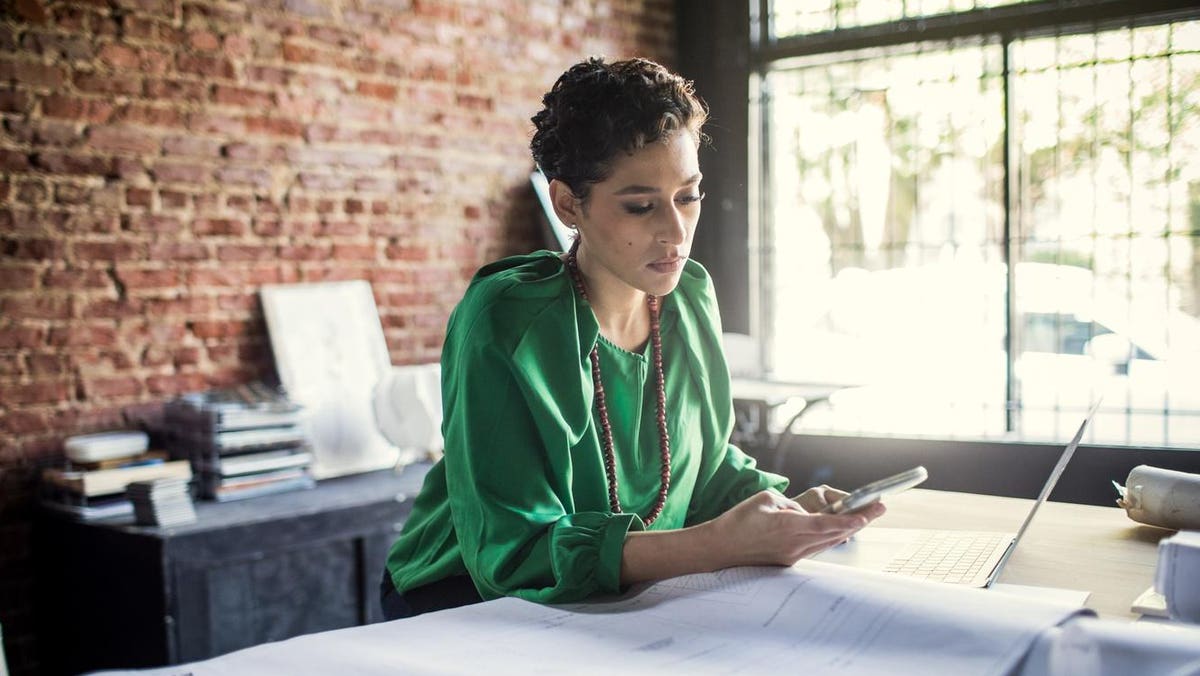 The past year has been tough for many. Life changed and work did too. Everything once taken for granted was up in the air; seeing friends and family wasn’t possible and redundancies soared with many businesses forced to close. A global pandemic put pressure on health services as entrepreneurs worried about their families, tried to keep their businesses afloat and avoided being ill themselves.

Without digging deeper, it would be easy to assume that everyone was in the same boat. That everyone had a tough time, was feeling down on their luck and couldn’t wait for it to be over. Actually, that’s not the case. Wherever there is change there is opportunity. Wherever there is despair there is hope. When the only option is to adapt, some not only survive, but thrive.

I recently spoke to some entrepreneurs who did exceptionally well during the past twelve months, but admitted to feeling guilty about having success during a period when so many others had a rough time. This feeling, and the feeling of being unable to share their stories of success is something I’m calling pandemic success guilt.

Those who came out of the last twelve months stronger were split into two camps. The first were those whose businesses benefited from lockdown life. They changed nothing, but their business flourished with an increase in demand, akin to the success of Zoom, supermarkets and streaming services. In the second camp were those who had been hit, some quite hard, but had worked their socks off to turn a bad situation around in a spectacular way.

Office blocks saw little footfall but home workspaces were paramount. Suits and ties weren’t required but activewear was worn daily. Meals in rather than meals out. Celebrating with friends from afar and spending more time at home, for work and school. As habits changed, so did purchases, changing the fate of those that supplied them. For some, the pandemic itself grew their business.

Jatinder Spall of JS Tutoring found himself in an advantageous position. “Our tutoring business literally doubled in enquiries and turnover, but we didn’t really feel comfortable shouting about our increased business due to the pandemic and lockdowns.” Whilst normally their level of success would be worthy of press and company updates, Spall only felt comfortable sharing in closed Facebook groups of business owners who supported each other.

Iona Hardy’s company Impacters Group offers online coaching programmes that, similar to Spall, took off when March 2020 hit. “In the early days of the pandemic, I did play down my success. It felt insensitive to do it otherwise. There were lots of business owners around me who lost a lot… There were others who lost their jobs or were in complete limbo. There were a few crazy, shocking weeks.”

Hardy would play down her accomplishments, justifying them by saying that “the current situation caught [her] on the right side of the fence.” Hardy knew she had worked incredibly hard during what was the first year of her business, having moved to a new country, launched with no personal network and focused on a narrow niche with an unfamiliar way of working. “I hustled, tried and failed, made mistakes, struggled and felt alone way too many times. But a year on, I have amazing clients.” Despite this, she didn’t feel right talking about it. Then something changed.

“I had a moment of truth; playing down my success will not help [other business owners] get better and will certainly not help me. It was the difference between feeling sorry for them and inspiring them. I started talking less about the success I had and more about what works for me and what doesn’t, the resources I use, the questions I ask, offering to help for free and so on.” Hardy used her story to inspire those around her to make the best of the rollercoaster year. “An entrepreneurial journey is never a smooth ride, there is a lot of failure, learning, repeat, struggles, doubts and the like… sharing the sweat and not just the awesomeness has worked really well for me.”

Business owners thriving in 2020 found ways of giving back. Of redressing the balance and distributing the fortune. Cycle and car parts retailer Halfords gave back £10.7million of furlough support to the British government after its sales jumped 47% during the United Kingdom’s lockdown. In December 2020 supermarket chain Sainsburys pledged to hand back £440million of business rates relief, among other supermarkets.

It’s not just big brands. Chaya Gutnick, CEO of Chaos Control was poised to capitalise on the chaos that had ensued, “doubling my business and growing to multiple six figures” during 2020. But she felt the success guilt when seeing so many people in her community suffering, so she chose to give back. “My profits increased and my giving did too. I tell myself that by making more money I can help more people and give back more. The more I think that way, the easier it becomes not to feel guilty. In fact, it becomes something to be proud of.”

Chris Brain of Chris Brain Associates, providing property consultancy to the UK public sector, has “had a great 2020, with it showing no sign of letting up,” but says when “so many other businesses are struggling, it makes it difficult to enjoy the success as much as I should.” Brain’s coping mechanism is to “play down success to avoid feeling discomfort in myself. At the same time, I avoid being seen as bragging, which is not a good trait.” During a time when many of Brain’s public sector clients have suffered, Brain has been lending his expertise pro bono, “to local charities as a volunteer management consultant, via The Cranfield Trust. I have also offered free products and services to some in my sector that I know are particularly struggling financially.”

Founder of GetFocused, Austin Nicholas, said 2020 made his business pivot in a big way. “Previously we were creating a phone stacking fruit bowl called iSTAQ, for meeting rooms. It was evident that in-person meetings were not going to be happening for quite some time hence we took a big step back. We created a software solution to run effective virtual meetings and changed the name of the company.” Nicholas says he is a great believer that positives emerge from all negatives, “You just have to spend time exploring to find them.”

Pamela Aiko Tironi’s pizza shop brand, The Pizza Room, thrived during the pandemic, although she admits “not without pain and stress, that’s for sure.” She remembers seeing others “struggling, shops going down and many small business owners being on the verge of depression for not being able to feed their families,” including some who “couldn’t get the government support just for tiny technicalities. It was heart-breaking.” Tironi felt torn. “I wanted to disappear sometimes, and I was proud some other times” as well as feeling both sorry and compassionate. “I wanted to hide my success to them and thought many times about what I could do to support.”

Fred Copestake, founder at sales training consultancy Brindis, had a role that previously involved a lot of international travel, so big changes were required. “I worked out how to adapt and have been successful as a result, indeed building a better business model.” Copestake experienced pandemic success guilt as he “saw many friends and colleagues having a difficult time while I was doing OK.” But he also experienced another emotion, frustration. “Frustration at them, not for them” when he saw examples of “people who played helpless despite being offered help.” Success guilt and failure frustration combine in a confusing example of cognitive dissonance, but Copestake’s experience led to a breakthrough technique for his work. “I have come to understand the change curve better and pay more attention to equipping salespeople to use it better when planning customer interactions.”

Is it possible to find inspiration from businesses doing well even when yours is suffering? Tom Camilleri, owner of Access China UK, thinks so. “We have had it super rough over the last 14 months, but I still love a success story. I love seeing people kicking ass!” It doesn’t have to be a zero-sum game with winners and losers. We can help each other be winners.

Cara Louise Cunniff’s company, Thrive In Midlife, helps its clients to move “from survive to thrive.” Cunniff believes “there is no failure, only feedback. It’s all about realising that it’s OK to stand out from the crowd, as when you thrive, others thrive around you.” Being able to let the success of others remind you that it’s possible for yourself can mean even the most desperate of situations have glimmers of hope. According to Cunniff, “personal transformation is so needed,” especially now. When there is only doom and gloom around you, you can be the light that shines through and shows the path.

Dream big, pivot, adapt and grow. Be the inspiration that helps others do the same. Take pride in where you are and the struggles you have overcome to get there, because playing it down helps no one. Give back and share the expertise instead of excusing and explaining your success away.

A Case Examine With The Supreme Society