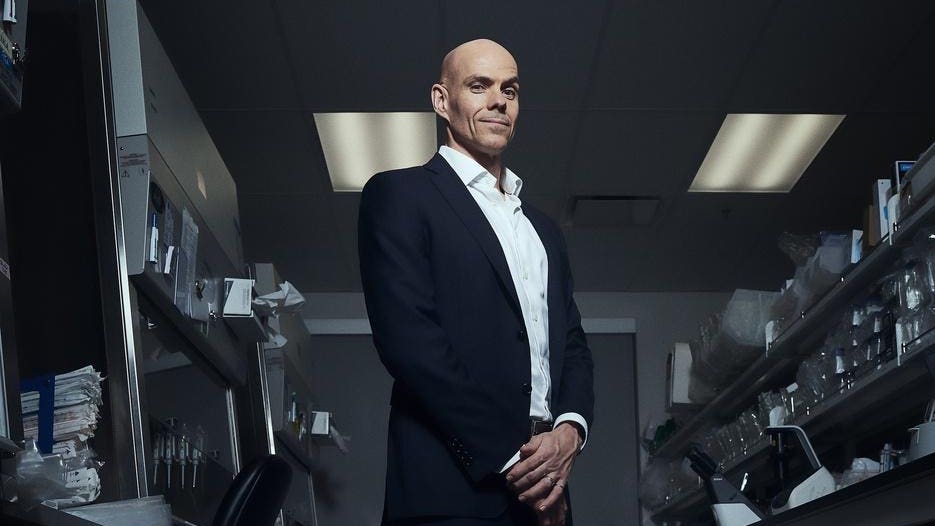 The company’s new antibody treatment, which is heading to clinical trials, works against variants and may be potent enough to be used in areas without a strong medical infrastructure.

In a news briefing Monday, WHO Director-General Tedros Gheybeyesus said that in the last two weeks, there’ve been more new Covid cases than in the first six months of the pandemic. Meanwhile, less than 10% of the global population has had at least one vaccine dose, and less than 5% is fully vaccinated.

“What I expect is there will be in the U.S. and Canada, and other developed nations a peak in the prevalence of Covid-19 this year,” says Carl Hansen, CEO and cofounder of Vancouver-based AbCellera. “We hope it goes down very quickly, but that peak is probably not going to happen in 2021 in all countries, as there are other places that are very far behind. And you’re going to continue to see outbreaks.”

On Tuesday, AbCellera announced that it has discovered a new antibody candidate to treat Covid, called “LY-CoV1404” or “1404” for short. In a laboratory study, which the company released on preprint server BioRxiv, the antibody neutralized all variants of concern circulating in the United States, including B.1.1.7, which originated in the U.K and now comprises nearly 60% of all cases in the United States. It’s also active against B.1.351, which originated in South Africa, P.1, which originated in Brazil, and several other circulating variants. Intriguingly, adds Hansen, the antibody may also be effective at low enough doses to be administered as a shot, rather than an IV infusion. This would make it easier to distribute widely.

The company’s collaboration partner, pharmaceutical giant Eli Lilly, is submitting it to clinical trials, which entails a double-blind, randomized placebo trial with patients diagnosed with mild-to-moderate Covid. The goal of the treatment is to prevent both hospitalizations and deaths.

Even in the face of mutation, Hansen believes 1404 will continue to be effective because it targets a portion of the coronavirus’ “spike protein” that rarely changes—none of the circulating variants have any genetic changes in that region. As a result, the company believes it will also be effective against the B.1.617 variant currently circulating in India, though it will be doing laboratory tests to confirm that.

“There’s still work ahead of us before we can make this a reality,” says Hansen, who is worth $1.6 billion. “But because of the breadth of 1404, it covers essentially everything that we have seen at any prevalence in the world.”

Antibodies are proteins generated by the immune system to attack bacteria, viruses or other potential disease-causing agents. But they’re not all created equal: when exposed to the same disease, different people will produce different antibodies, some of which work better than others. AbCellera takes advantage of this by using its technology to identify particularly good ones, which can in turn be administered to patients to fight disease.

The 1404 antibody is going into clinical trials nearly a year after AbCellera and Lilly’s first Covid antibody treatment, bamlanivimab, went into clinical trials. That antibody was discovered using AbCellera’s technology, which examined the blood of thousands of people who’d recovered from Covid to find good candidates to use as treatments.

Bamlanivimab was granted an emergency use authorization by the FDA in November 2020, followed by a second EUA to use it in combination with another antibody Lilly co-developed called etesevimab. Clinical trials showed that the combination therapy prevented hospitalizations and deaths by 87 percent in high-risk patients. Last month, Lilly reported $810 million in revenue from its Covid antibodies for the first quarter of 2021. “This antibody has now been used by itself or in combination to help over 500,000 people in the U.S.,” says Hansen. “That means well north of 10,000 lives saved. It’s by far the most broadly used antibody therapy against Covid-19.”

Unfortunately, in early 2021, it was found that bamlanivimab wasn’t very effective against certain Covid-19 variants, including B.1.526, which originated in New York and B.1.426/429, which originated in California. (It is effective against B.1.1.7, however.) As a result, Lilly withdrew its EUA request for bamlanivimab as a solo therapy in April, leaving it to be used only in combination with etesevimab.

Work on 1404, Hansen says, began in January 2021, when new variants, particularly B.1.351, began causing an increasing number of cases. “That’s when we really decided to scramble the jets and apply the technology again to come up with what we believe would be a next-generation antibody,” says Hansen. “That had the perfect combination of effectiveness against every variant that’s out there, and exceptional potency.”

During the clinical trial, 1404 will be tested both by itself and in a combination of bamlanivimab and Vir-7831, an antibody developed by GSK and Vir Biotechnologies. Hansen’s particularly excited for the results of 1404 by itself, he says, because it’s particularly potent, meaning that lower doses of the drug could still be very effective at preventing serious disease. That’s important for parts of the world that don’t have strong medical infrastructures, because right now antibody treatments on the market and in clinical trials require patients to undergo an IV infusion. 1404, on the other hand, “has the prospect of being delivered as a subcutaneous administration, so a single shot instead of an infusion,” says Hansen. “That’s a game changer. If we get there, the ease with which you can give it to people lowers the bar in terms of logistics.”

A Covid antibody that can be delivered with a shot could be of vital importance in many low-income countries, some of which may not see vaccine deliveries until later this year or possibly even 2022. Even if it remains an infusion, however, Hansen says his company stands ready to get treatments to those who need it. “There is a very strong commitment to try to get these therapies to patients who need them as quickly as possible,” he says. A spokesperson for Lilly told Forbes last week that it’s in discussions with India’s government to provide antibody treatments to the country once its regulators have authorized them for use.

For Hansen, developing an early treatment for Covid and then a next-generation one in the span of just over a year shows the promise of his company’s technology in helping its customers quickly identify effective therapies. “This is only 2 of over 100 programs that we are doing at AbCellera,” he says. “We’re trying to replicate this in cancer, in infectious disease, in obesity, diabetes—all kinds of areas. While it’s time-compressed and high profile, I hope and I expect that it’s just a taste of what will come in the future.”