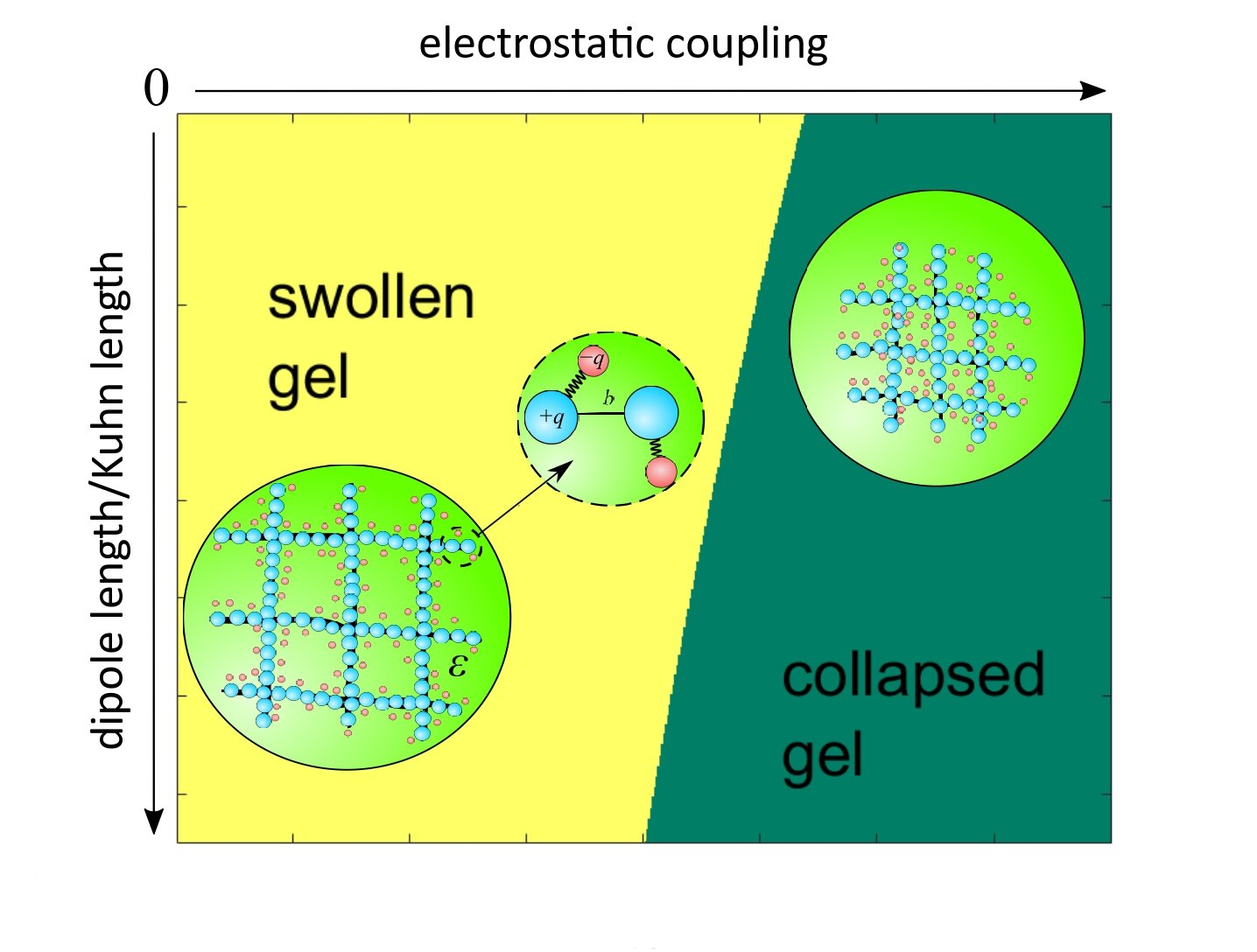 Russian scientists have proposed a theory of phase transformation in polymer gels. It explains the mechanisms of the dramatic reduction in volume of zwitterionic hydrogels when they are cooled. The results are published in the journal Chemical Communications (ChemComm).

Polymer gels have unusual properties, including the ability to absorb water in volumes hundreds of times greater than their own. For example, some hydrogels are capable of holding up to two kilograms of water per gram of dry gel. By changing the temperature or adding solvents, various desired properties can be achieved. This is why polymer gels are used in industry and biomedicine, including for the targeted delivery of medication, creation of artificial skin, children’s toys, etc.

If you take a gel containing a high volume of solvent and gradually lower its temperature, when a certain temperature threshold is reached, there will be a sharp decrease in the volume of the gel and a large amount of liquid will be squeezed out of it—the gel will collapse (contract).

The theory of gel collapse was first proposed by the American physicists and chemists Paul Flory and John Rehner, Jr. in 1943 and subsequently developed by the Japanese scientist Tsuyoshi Tanaka. A shortcoming of classical theory is that it does not take into account the peculiarities of the molecular structure of polymer links.

The new theory was proposed by a team of Russian scientists consisting of Yury Budkov, Professor at MIEM HSE (HSE Tikhonov Moscow Institute of Electronics and Mathematics), Nikolai Kalikin, a Ph.D. student at the Krestov Institute of Solution Chemistry of the Russian Academy of Sciences, and Andrei Kolesnikov, a research fellow at the Institute of Non-Classical Chemistry in Leipzig. The researchers developed a microscopic theory of polymer gel, each link of which carries an electric dipole—two electric charges equal in magnitude, but opposite in sign.

This molecular structure is most commonly found in zwitterionic polymers, whose units carry both positively and negatively charged ion groups.

The authors have shown that at sufficiently low temperatures it is the electrostatic interaction of polymer units that leads to gel collapse. They also named the main parameters influencing the transition temperature from expanded to contracted state: the dipole moment value (the product of the charge per dipole length) and the ratio of the bond length between adjacent links of the polymer chain to the dipole length.

The latter result is a significant advance in gel theory compared to the classical Flory-Rehner-Tanaka theory, which does not take into account the specific molecular structure of polymer links.

“In practice, we cannot control the molecular properties of polymer links, but thanks to our theory chemists will be able to create polymers with suitable properties in advance and control the collapse temperature,” comments Yury Budkov, professor at MIEM HSE.

The scientists note that the theoretical evaluations made will be useful in modern applications of zwitterionic gels, such as superabsorbents, molecular nanoreactors, antibacterial coatings, electrically conductive membranes for chemical current sources, artificial skin, artificial muscles and others.

Every year, the ChemComm editorial board shortlists young researchers from around the world working in different areas of chemistry and invites them to publish in a special Emerging Investigators issue. This year, Yury Budkov was among the invited young scientists in the field of Theoretical and Physical Chemistry.