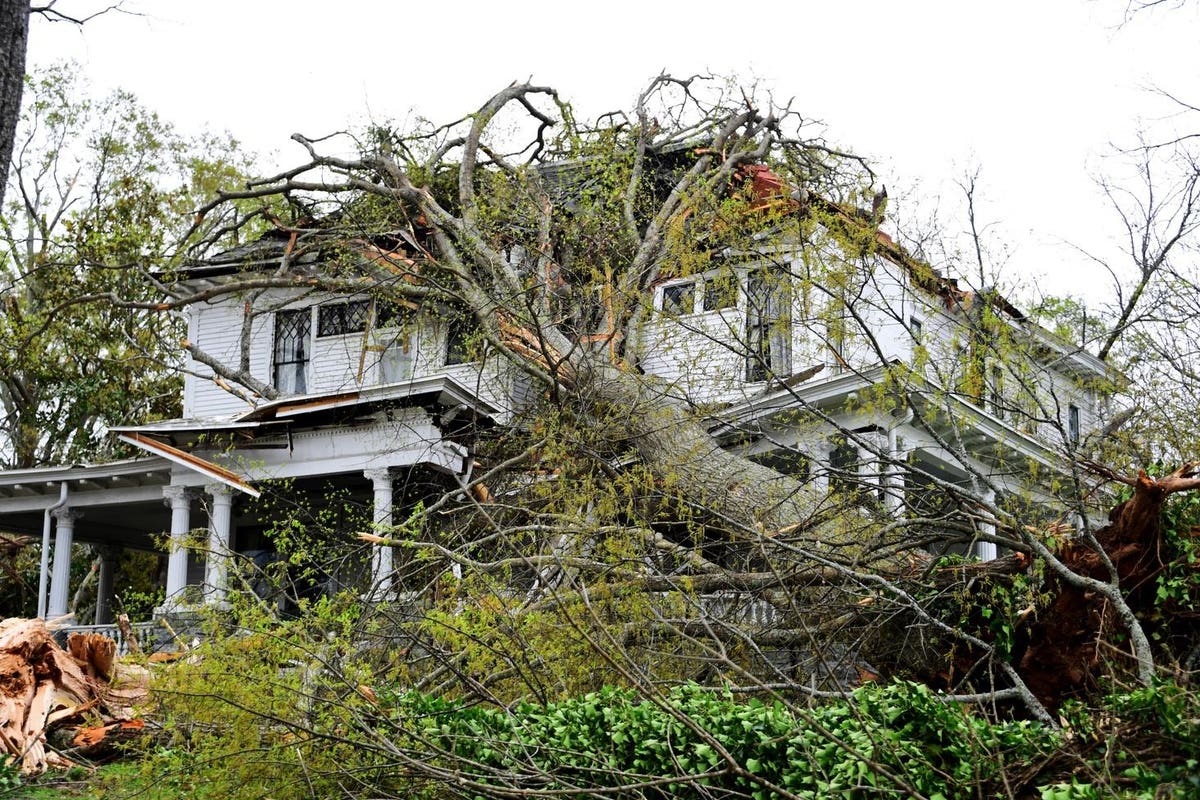 I actually wrote this piece a few weeks ago, but I did not publish it right away. I wrote it while nervously watching as a significant tornado outbreak was threatening us in the South. It was the type of event that featured fast-moving tornadoes, wind damage, hail, and heavy rainfall. Of particular concern, many of the storms happened overnight causing significant damage and fatalities. When tornadoes strike the South, it is inevitable that someone is going to use the term “Dixie Alley.” This week Matthew Cappuci wrote in The Washington Post on why the term “Tornado Alley” needs to go away. After seeing his article, I finally decided to publish this article from my perspective as an atmospheric scientist and an African-American. It’s time to retire the term “Dixie Alley.”

Two severe weather experts I respect say that the term (and all references to “Alley”) probably needs to go. Cappuci’s piece in the Capital Weather Gang is a good discussion on the scientific and risk warning rationale for retiring terms like “tornado alley.” Professor Victor Gensini sent an email in late February saying, “The notion of alleys are a media-derived legacy of the 1990s and we need to move past these conceptual models of boundaries and focus on the real problems at hand.” The problems that Gensini, a Professor at Northern Illinois University (NIU), allude to include vulnerable populations and housing in the South, the likelihood of nocturnal tornadoes, and the large number of trees that obscure views.

Gensini’s colleague Walker Ashley, Presidential Teaching Professor at NIU, agreed that the term is problematic. He wrote on the same day, “Dixie is an extremely loaded term and, in science, best to stay away from things that deflect from your purpose.” Ashely said he prefers terms like Deep South, Mid-South or Southeast to describe this region (e.g., here). Ashley went on to say, “Heck, I don’t even like the use of ‘tornado alley’ and always like to label it as ‘colloquially tornado alley’ or ‘traditional tornado alley’ if I do use.”

Grady Dixon is a Professor and Dean in the Werth College of Science, Technology, and Mathematics at Fort Hays State University. Back in February, Dixon emailed me the link to a report that traces usage of the term“Dixie Alley” back to the 1970s. Dixon told me that many places are exposed to tornadic activity but, “the South has more people and a denser network of tornado paths (more exposure)….Even if there are “more tornadoes” in some parts of the Great Plains, their slower speeds mean they cover less ground and affect fewer areas.”

As an African-American scientist, there is another perspective that comes to mind for me. I think the term emerged from the innocent inertia of the South being referred to as “Dixie.” I grew up in the South so I get it. History.com provides an excellent overview of the connection of the term “Dixie” to the South. However, there is now greater sensitivity to terminology like this so I am certainly fine with revisiting it. Some may view this as feeding into “cancel culture.” I will not affirm the notion of “cancel culture” because that seems to be used today to protect the status quo or absolve accountability. While I have a rich appreciation of cultural perspectives, one entity doesn’t get to determine what is offensive to another one. The irony is that many people vulnerable to tornadoes in the South are likely people who might find the term offensive (graphic below).

The popular country music artist “Dixie Chicks” changed their name to “Chicks” in an apparent nod to connotations associated with the word and the times associated with it. Ben Zimmer writes in The Atlantic, “But Emmett’s ‘Dixie’ (a song) accrued its own historical baggage with its inextricable link to the Confederacy and all it stood for, including slavery….ultimately, that is all that matters when reappraising Dixie from a 21st-century vantage point.”