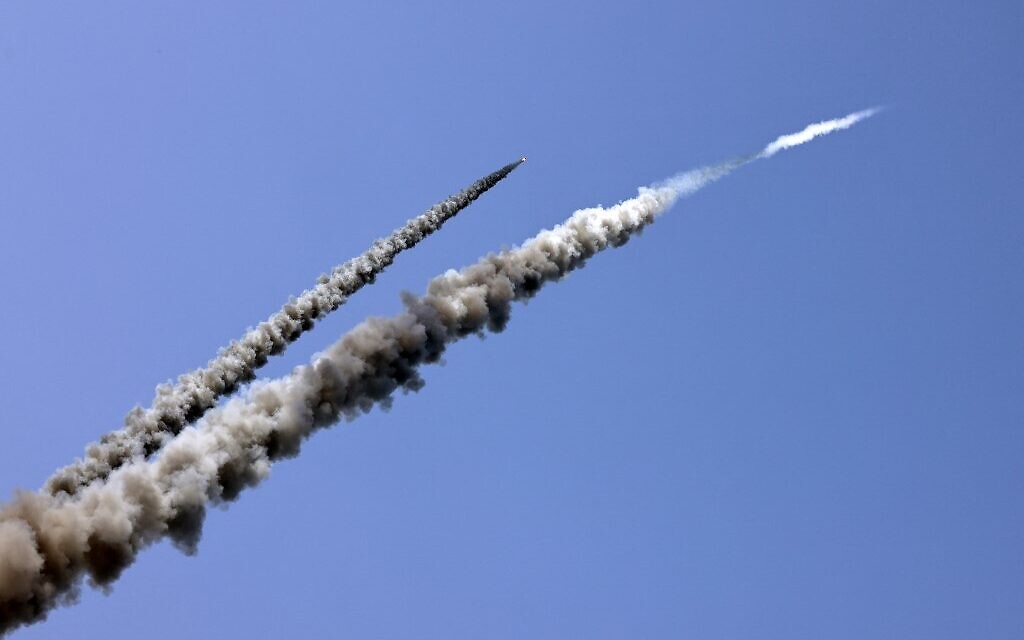 After two consecutive nights of rocket fire from the Gaza Strip to Israel, Hamas tells armed Gaza factions to “keep their fingers on the trigger.”

“We call on our noble resistance in Gaza to keep their fingers on the trigger, to keep their rockets on standby to target the enemy’s fortresses and military and vital structures,” Hamas says in a statement.

Hamas has not claimed direct responsibility for the rocket fire, which has been claimed by two other Gaza factions, the Popular Front for the Liberation of Palestine and a branch of Fatah’s Al-Aqsa Martyrs’ Brigades. Israel holds Hamas responsible for all fire from the enclave into Israeli territory, charging that it takes place with Hamas’s implicit consent.

The Hamas leadership calls East Jerusalemites to continue “mobilizing in the Old City and at its gates.” Hamas also says night patrols of Palestinians ought to be formed to protect East Jerusalem residents from assaults by Jewish extremists.

“You are proving to the world, yet again, that Jerusalem is the heart of Palestine,” the terror group tells East Jerusalem Palestinians.