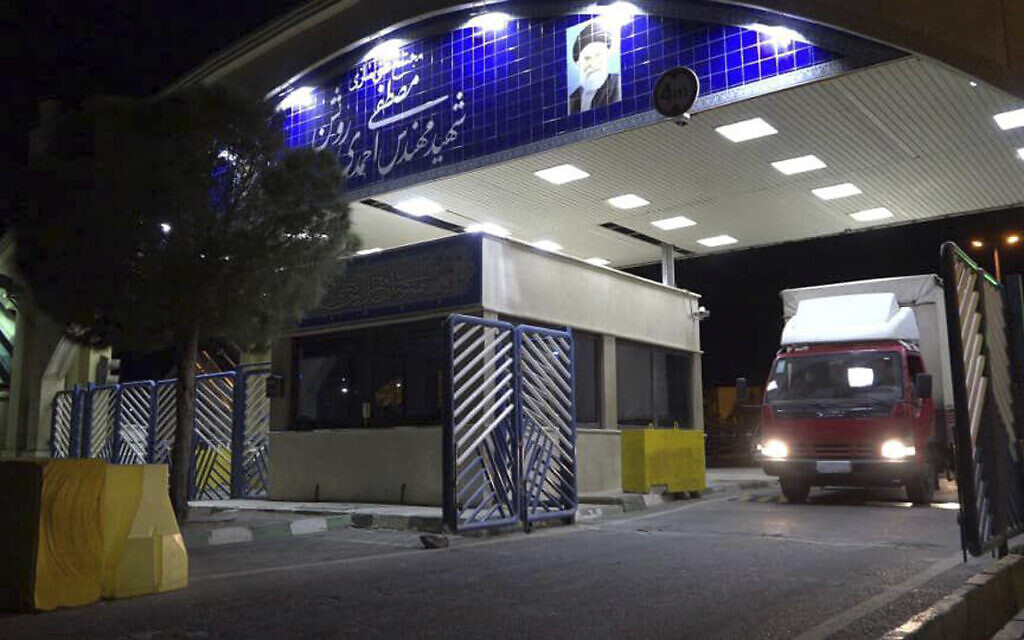 Iran’s nuclear enrichment program at the Natanz facility has slowed down due to increased security measures implemented following a blast at the site earlier this month, The New York Times reported Tuesday.

According to an unnamed intelligence official quoted by the paper, a “rattled” Iran has been scanning the site for surveillance devices and checking the backgrounds of workers to root out potential spies, slowing down enrichment work.

The checks, the report said, were the result of a “national paranoia” caused by repeated Israeli sabotage against Iranian nuclear targets.

The April 11 explosion blamed on Israel is said to have caused considerable damage to the Natanz plant, including its various kinds of uranium-enriching centrifuges.

In response to the attack, Iran said it began enriching a small amount of uranium up to 60 percent purity at the site — its highest level ever, and a short step from weapons-grade. The UN atomic agency confirmed the enrichment, saying it was being done in an aboveground facility at Natanz.

Despite the reported damage, Iranian state TV aired footage earlier this week from what it said were regular operations at Natanz. The spot included a short interview with an unnamed worker at the site who said that the staff was working around the clock to resume uranium enrichment.

“What you hear is the noise of the machines working normally. We are fixing all the centrifuges that have been affected, and with the help of our dedicated, excellent staff, we are working to fix all the damaged parts,” said the worker.

According to Iranian state media, Reza Karimi is the man involved in the Natanz attack and he succeeded in fleeing the country before it took place. The report shows a picture of the suspect and new footage from inside the nuclear facility. pic.twitter.com/wyV0SbeMFE

Israeli and American media have reported that a 150-kilogram bomb early Sunday morning took out Natanz’s main and backup power supplies and caused damage setting back the enrichment process by months.

A senior Iranian official said last Tuesday that the blast destroyed or damaged thousands of centrifuges used to enrich uranium. Alireza Zakani, the hardline head of the Iranian parliament’s research center, referred to “several thousand centrifuges damaged and destroyed” in a state TV interview. However, no other official has offered that figure and no images of the aftermath have been released.

The blast was initially described only as a blackout in the electrical grid feeding aboveground workshops and underground enrichment halls, but Iranian officials later began calling it an attack.

Last Monday, an Iranian official acknowledged that the blast took out the plant’s main electrical power system and its backup. “From a technical standpoint, the enemy’s plan was rather beautiful,” Fereydoon Abbasi Davani, the head of the Iranian parliament’s energy committee, told Iranian state television.

“They thought about this and used their experts and planned the explosion so both the central power and the emergency power cable would be damaged.”

The New York Times reported that the blast was caused by a bomb that was smuggled into the plant and then detonated remotely. The report cited an unnamed intelligence official, without specifying whether they were American or Israeli. The official also noted that the blast took out Natanz’s primary electrical system as well as its backup. 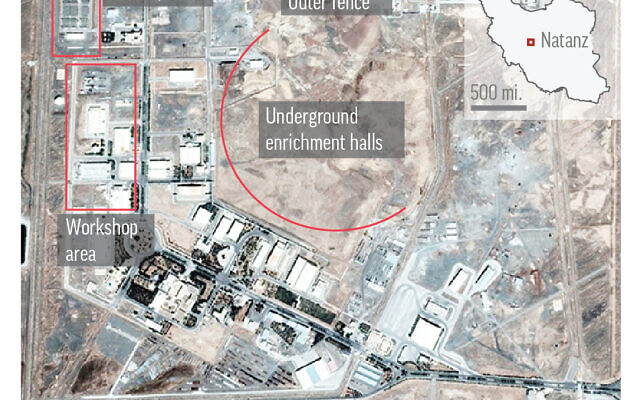 On Saturday, Iran state television named 43-year-old Reza Karimi as a suspect in last week’s attack, saying he had since fled the country. The report showed a passport-style photograph of a man it identified as Karimi, saying he was born in the nearby city of Kashan, Iran.

The Iranian foreign ministry accused Israel of an act of “nuclear terrorism” and vowed revenge.

Israel has neither confirmed nor denied involvement, but public radio reports said it was a sabotage operation by the Mossad spy agency, citing unnamed intelligence sources. The New York Times, quoting unnamed US and Israeli intelligence officials, also said there had been “an Israeli role” in the attack.

The talks are focused on bringing the US back into the accord after former US president Donald Trump withdrew from it in 2018 and reimposed sanctions on Tehran, and to bring Iran back into compliance with key nuclear commitments it suspended in response to the sanctions.


Greetings from the Vaccination Nation

One tiny country has led the world in COVID vaccination. If Israel’s achievement makes you proud, there’s something you should know. Huge audiences have flocked to The Times of Israel recently from countries where Israel normally makes the news only because of its conflicts.

They’ve been coming here to read a very different kind of article. We’ve been the go-to site for everyone intrigued by the success story of the “Vaccination Nation.”

As ToI’s Health and Science correspondent, I’ve written much of this coverage – and it’s been exhilarating to see its impact. Our journalism has inspired many articles in media outlets worldwide. I know this because international journalists have often contacted me for input.

Your support, through The Times of Israel Community, helps us to continue providing surprising, impressive stories from this small state to readers around the world. Will you join our Community today?