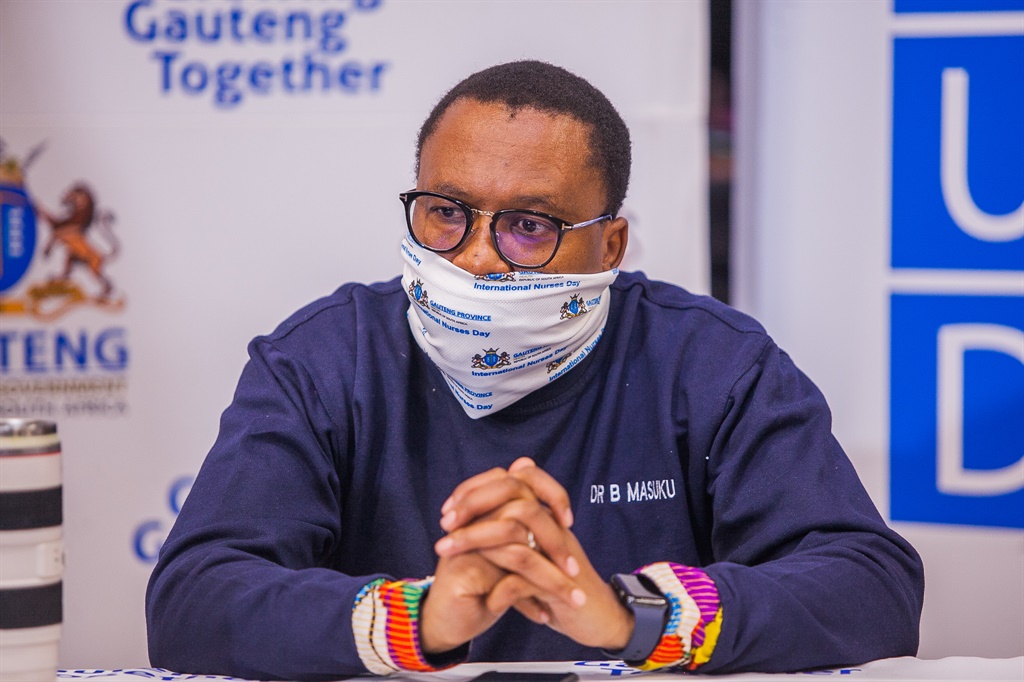 The embattled former MEC’s legal team said it would carefully study the judgment and determine an appropriate course of action, which it would communicate as soon as possible.

The court dismissed Masuku’s application with costs, including that of two counsel.

The embattled former MEC was axed after the SIU placed him at the centre of tender processes in the Gauteng health department, in which presidential spokesperson Khusela Diko’s husband received a R125 million tender for the supply of personal protective equipment (PPE), News24 previously reported.

Gauteng Premier David Makhura removed Masuku, based on the SIU preliminary report, which found that, “… he failed to execute his function in compliance with the Constitution and the Public Finance Management Act (PFMA)”.

Masuku approached the high court, asking it to rule that the SIU’s findings were unlawful, unconstitutional, and invalid, and that it be set aside. He accused the SIU of having no “shred of evidence” that he was guilty and said they were only relying on evidence from one source.

Reacting to Monday’s court ruling, which found the SIU was not irrational in forming its “opinion”, Masuku said he noted that the court found the unit saw no crime committed by him and that there was no basis for civil action.

The court also stated in the ruling that the SIU report constituted public power that was reviewable by the court.

It also noted that the report’s text was substantially padded and that it posed an unanswered question about why Masuku supported a decision of the executive council to centralise procurement in the department and, speculating that it might have been for nefarious purposes, was unsubstantiated.

“Indeed, in the decision to designate a centralised procurement agent for PPE for the province, the obvious candidate was the department that usually sourced such goods. The monthly reports that a political head is obliged to read and actions he would be expected to take, pursuant to sections 39.40. and 63 of the Public Finance Management Act 1 of 1999(PFMA), for example, would not have provided him in time, with useful information, assuming the reports could contain anything useful, to stop the malfeasance, and thus the allusion thereto was superfluous,” the court judgment read.

Masuku also welcomed a conclusion that he was “not accused of corruption or nepotism”, and that the SIU’s findings were opinions for Makhura to rely on when making a decision.

The court ruled that, in its view, the SIU was not irrational in forming its opinion on Masuku and that it had reported its findings to Makhura and President Cyril Ramaphosa, based on what it had found after investigating, in which it deemed Masuku’s conduct to be wanting.

ALSO READ | Bandile Masuku accuses SIU of making baseless findings against him, urges high court to set them aside

“To form such an opinion is plainly within its scope of functions. No irrationality can exist in the SIU being disappointed by Dr Masuku’s discharge of his role. The fact that Dr Masuku held a different view about his accountability is unimportant,” the judgment read.

Motalane added that, as a result, an opportunity to define a standard and strengthen governance was “terribly missed”, especially in the context of the court finding that the PFMA would not have assisted the MEC in stopping any malfeasance.

The lawyer said that, overall, the judgment removed any doubt in the public that Masuku was involved in PPE procurement or financially benefitted.

“This has been the public perception, and it is now put to rest. The courts have now emphatically said that there are no adverse findings against him,” Motalane said.

Do you want to know more about this topic? Sign up for one of News24’s 33 newsletters to receive the information you want in your inbox. Special newsletters are available to subscribers.

newstime.world is an informative news website. News referenced from external website has source link at the bottom of the post. No edits are made until mentioned otherwise. If any query / suggestion please inform us.
Contact us: co[email protected]