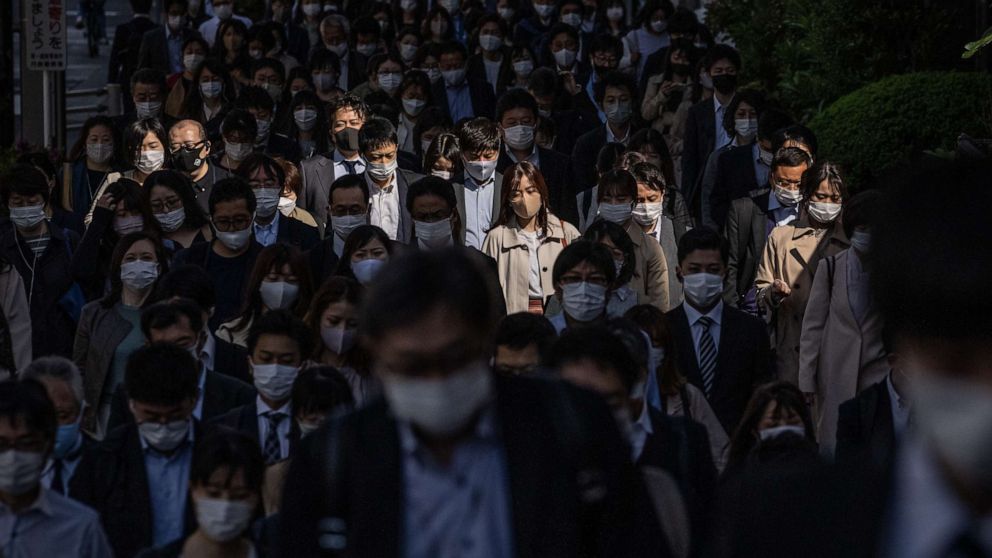 The Tokyo Olympics are slated to open on July 23.

TOKYO and LONDON — Japanese Prime Minister Yoshihide Suga is set to declare a third state of emergency for Tokyo and three other urban prefectures in an effort to curb the spread of COVID-19 ahead of the already-delayed Summer Olympics.

The proposed measures were endorsed by a panel of experts advising the Japanese government on COVID-19, and Suga is expected to formally announce the state of emergency for Tokyo, Osaka, Kyoto and Hyogo prefectures when he addresses the nation later Friday. Both the governors of Tokyo and Osaka prefectures have requested the emergency status.

The state of emergency is expected to start Sunday and last through May 11, and the measures may pack more punch than with previous declarations with a limitation on operating hours for bars, the closure of karaoke venues and the reduction of public transportation like buses and trains.

The state of emergencies issued in January and last year declared only non-mandatory requests and, with no penalties for non-compliance, relied heavily on residents to practice “jishuku,” or “self-restraint,” in meeting the terms, such as working from home when possible and reducing person-to-person contact. In February, when Suga extended the emergency status for the greater Tokyo area, the Japanese government took a stricter approach, allowing governors to issue binding orders for non-essential businesses to cut hours or close. Those who complied were offered compensation, while those who didn’t faced penalties.

Japan is grappling with another resurgence in COVID-19 infections, believed to be fueled by a new, more contagious variant of the virus that was first detected in the United Kingdom last year. Osaka, which has been under quasi-emergency status since April 5, is the epicenter of the country’s latest resurgence and has reported the highest daily number of newly confirmed cases than any other area. The prefecture saw 1,167 new cases on Thursday, while Tokyo reported 861. Overall, Japan has confirmed a total of 551,898 cases, including 9,800 deaths, according to official figures released Friday by the Japanese Ministry of Health, Labour and Welfare.

Japan launched its mass COVID-19 vaccination campaign in mid-February, months after other major economies did so and amid concerns over whether the drive would inoculate enough people in time for the Tokyo Olympics. The rollout has been slow and less than 1% of Japan’s 126 million people have been vaccinated so far.

The 2020 Summer Olympics were supposed to kick off in Japan’s capital last year on July 24. But in late March, amid mounting calls to delay or cancel the upcoming Games due to the coronavirus pandemic, the International Olympic Committee and Japanese organizers announced that the event would be held a year later. Organizers have been dogged in their determination to go forward with the Games ever since, despite the public’s concerns over COVID-19.

If the new state of emergency lifts on May 11, there will be about 10 weeks before the Tokyo Olympics open on July 23.

After Maharashtra bypoll responsibility, instructor dies of Covid; his dad and...