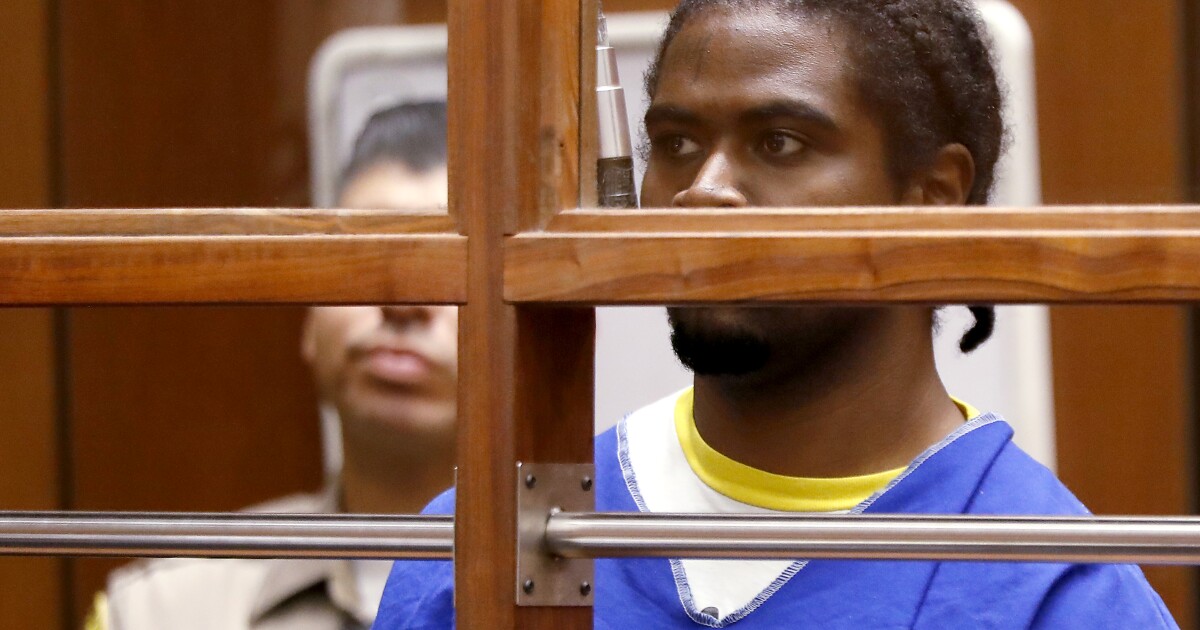 A man accused of engaging in a gun battle with police that led to the accidental death of an assistant manager at a Trader Joe’s market in Silver Lake has been found competent to stand trial.

Gene Evin Atkins, 31, has pleaded not guilty and not guilty by reason of insanity to murder in the July 2018 killing of Melyda Corado.

The bullet that killed Corado, 27, was discharged by Los Angeles police officers, who shot at Atkins as he fled into the store after a car chase. The Los Angeles County district attorney’s office declined to bring charges against the officers.

Officers had been chasing Atkins across the city, and he had fired on them numerous times during the pursuit, which police said began after he shot his grandmother.

Atkins crashed his car into a lamppost outside the Trader Joe’s and fired three rounds at LAPD Officers Sinlen Tse and Sarah Winans, according to a memorandum. Tse and Winans returned fire, with eight shots in total. One round struck Atkins in the elbow, according to the document. Another fatally wounded Corado.

Corado’s family sued the city, alleging negligence and excessive force; the case is pending. Her older brother Albert said he believes the LAPD is at fault and is trying to pin his sister’s death on Atkins, who is facing a multitude of other criminal charges tied to the incident.

“What’s still upsetting about this whole situation is that the LAPD is trying to remove the culpability from themselves and put it all on Gene Atkins,” he said.

Among more than 50 criminal counts, Atkins faces charges of attempted murder, attempted murder of a officer, assault on a peace officer with a semiautomatic firearm, kidnapping, fleeing a pursuing officer’s motor vehicle while driving recklessly, grand theft of an automobile, discharge of a firearm with gross negligence, false imprisonment of a hostage and mayhem.