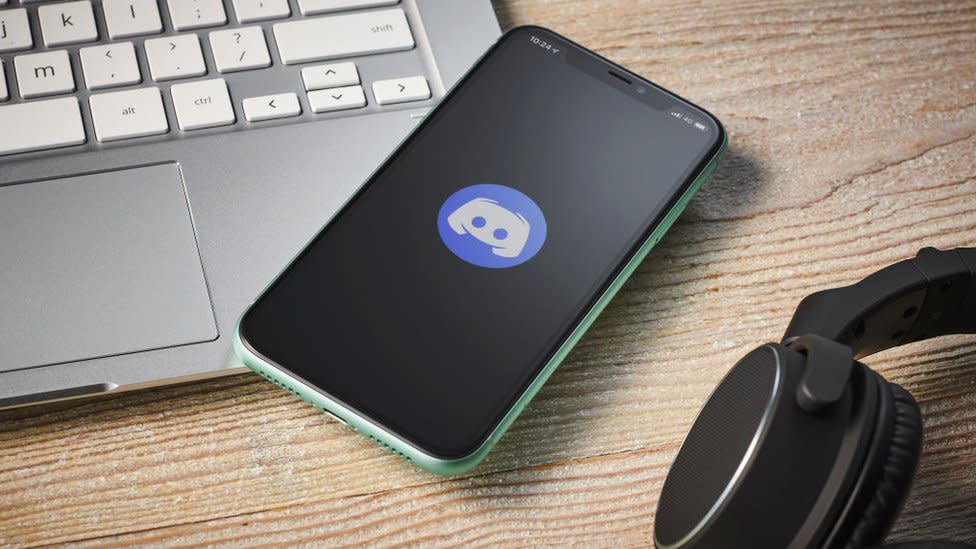 Sony will integrate the popular online chat platform Discord into its PlayStation Network by 2022.

The electronics giant has invested in the app and now holds a minority stake in the company.

Discord is used by more than 140 million gamers each month, mainly on PC and mobile devices.

“We’re constantly looking for new ways to enable players around the world to connect with one another, form new friendships and communities, and share fun experiences and lasting memories,” Sony president and chief executive Jim Ryan said in a blog post.

“Our goal is to bring the Discord and PlayStation experiences closer together on console and mobile starting early next year, allowing friends, groups, and communities to hang out, have fun, and communicate more easily while playing games together.”

The two firms are already working on the integration, he added.

The partnership comes just two weeks after Discord rejected a $12bn (£8.7bn) offer from Microsoft to buy the company.

According to Bloomberg, the messaging platform turned down the deal to focus on a potential public listing in the future.

The investment from Sony is part of a $100m Discord funding round.

“Microsoft, Sony’s only real rival in the console space, has potentially massively dropped the ball by letting Discord get away and now be tightly integrated into the Playstation ecosystem,” mobile gaming expert Matthew Gribben said.

“[The partnership] demonstrates a significant acknowledgement by Sony of the value that the gamer and game-streaming community have.”

Sony launched its latest PlayStation last November and it has been frequently out of stock ever since.

But it is up against popular rivals including Microsoft’s Xbox, which also released a new console last year that was in equally high demand, and Nintendo’s Switch, which has sold more than 79 million units since its launch in 2017.

Launched in 2015, Discord is a free service that allows gamers to chat over video, audio calls or text messages.

It rose in popularity among players of popular gaming titles including Fortnite, Among Us and Minecraft.

The Discord app is already available on Xbox One, Xbox Series S and Xbox Series X. It can also be downloaded on PCs and smartphones.

“Adding the PS5 to the list of supported platforms is a crucial step forwards as it provides a common medium for communication, one of the primary issues faced by cross-platform multiplayer,” Sam Connolly, at the University of Central Lancashire, said.

“Going forward, we could see fewer issues between friends not being able to play with one another due to owning different consoles.”

The new partnership suggests Sony is being more supportive of cross-play – where people using different devices, such as a console or computer, can play the same game.

“Overall, this will improve the user experience for the players,” said Louise Shorthouse, senior games analyst at Ampere Analysis.

“The partnership will boost Sony’s reputation among social gamers, where it has traditionally lagged behind due to its unwillingness to allow cross-platform play.

“Multiplayer and social gaming is an ever-expanding segment that’s not going away any time soon.”

It comes as emails have revealed Sony’s previous opposition to cross-play, which tech news site the Verge first reported.

The 2018 conversation is related to Sony blocking cross-play on Epic’s Fortnite, which it eventually allowed later that year.

Gio Corsi, Sony’s senior director of developer relations at the time, wrote “cross-platform play is not a slam dunk, no matter the size of the title”.

“As you know, many companies are exploring this idea and not a single one can explain how cross-console play improves the PlayStation business,” he added.

Opinion | Perhaps We Want Masks Indoors Only a Bit Longer