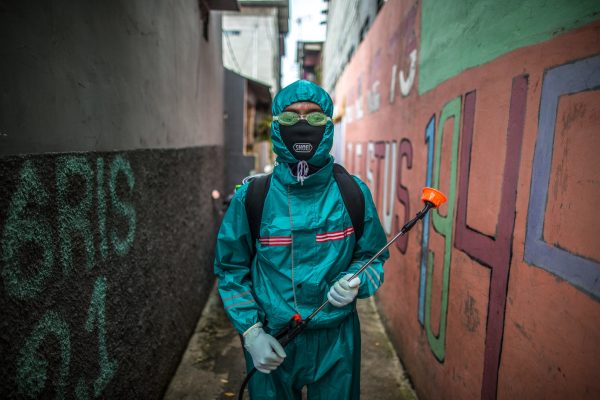 The Asia-Pacific region will experience a lopsided recovery from the economic effects of the coronavirus pandemic, the World Bank said in its latest economic outlook for the region, due to uneven containment of the disease and widely varying vaccine distribution timelines.

The World Bank’s East Asia and Pacific Economic Update, released on March 26, predicts that the region’s economy is set to grow by 7.4 percent as a whole, up from a paltry 1.2 percent in 2020. This will be driven overwhelmingly by a surge in economic growth form China, which the report projected to grow by 8.1 percent this year, compared with 2.3 percent last year – by far the largest projected growth rate for the region.

Excluding China, growth will be just 4.4 percent across East Asia and the Pacific, an improvement on the 3.7 percent contraction that the region saw 2020, but still below the region’s long-term average.

According to the report, the region will experience a “three-speed recovery” from the coronavirus pandemic, largely due to spot fire COVID-19 outbreaks and expected delays in the distribution of vaccines across the region.

“Like Hydra, the many-headed monster of Greek myth, COVID-19 is proving hard to suppress even a year after the first case was confirmed in Wuhan,” the report stated, noting that Malaysia, Cambodia, Myanmar, Mongolia, and Thailand have all seen recent outbreaks after months of relatively low caseloads.

According to the report, only China and Vietnam have surpassed pre-pandemic levels of growth, while for most major economies output remained on average around 5 percent below pre-pandemic levels.  Hardest hit of all have been the Pacific Island countries, five of which – Samoa, Tonga, Palau, the Marshall Islands, and the Federated States of Micronesia – are set to experience a further year of negative growth in 2021.

Economic performance has depended on the effectiveness of virus containment, the ability to take advantage of the revival of international trade, and the capacity of governments to provide fiscal and monetary support. Countries that have been unable to fully restore export industries, or which are overly dependent on tourism, will see the steepest challenges in achieving even modest growth in 2021.

Much also depends on the speed and efficacy of vaccination campaigns, shadowed by the risk that more transmissible variants of COVID-19 will set back economic recovery efforts.

The mixed outlook is encapsulated by the impact on the 11 economies of Southeast Asia. Here, Vietnam is projected to be the best performer, as it was in 2020, when it was the only nation in the region to avoid recession. According to the World Bank, Vietnam’s economy is expected to grow by 6.6 percent this year, up from 2.9 percent in 2020.

The most worrying projection is that of Myanmar. Due to the severe political crisis that has erupted since the military’s seizure of power on February 1, the country’s economy is set to contract by 10 percent, a dramatic shift from the World Bank’s December projection of 2 percent growth for 2021. The uncertainty of the situation in Myanmar is such that the Bank has not projected economic growth figures beyond this year.

In the midst of these sobering projections, China’s expected rapid return to positive growth – and its subsequent importance to the region’s recovery – is likely to cement its economic ties with many nations in the region. A pandemic that prompted concerns in some nations about their degree of economic dependence on China could well end up deepening its enmeshment with the region.

The World Bank states that even once nations claw their way back to pre-pandemic levels of growth, COVID-19 is likely to leave longer lasting scars. These including a sharp uptick in poverty and widening income inequalities in many parts of the region.

“Due to the economic distress, poverty in the region stopped declining for the first time in 20 years and 32 million people were prevented from escaping poverty,” the report stated. “The depletion of physical and human capital is more dire among the poor because they suffer greater food insecurity and learning losses.”

The report also notes an alarming increase in domestic violence, in the context of COVID-19 lockdowns and the economic stresses that have accompanied the pandemic. Aaditya Mattoo, Chief Economist, East Asia and Pacific, told Nikkei Asia, that the region was set for “an increase in inequality along different dimensions, between poor and rich people, men and women, small firms and big firms.”

The path forward remains uncertain. On the one hand, the beginnings of a global economic recovery in 2021, supported by U.S. government stimulus efforts, will “revive trade in goods and could provide an external boost to growth of as much as 1 percentage point on average.”

On the other hand, global tourism is expected to remain below pre-pandemic levels until 2023, slowing economic recovery in nations in Southeast Asia and the Pacific that are particularly dependent on tourism. This week, an association of Cambodian travel agents predicted that the nation’s tourism industry would take five years to recover to 2019 levels.

The World Bank’s outlook – relatively rosy for some countries, dire for others – suggests that the Asia-Pacific will bear COVID-19’s mark for many years to come.