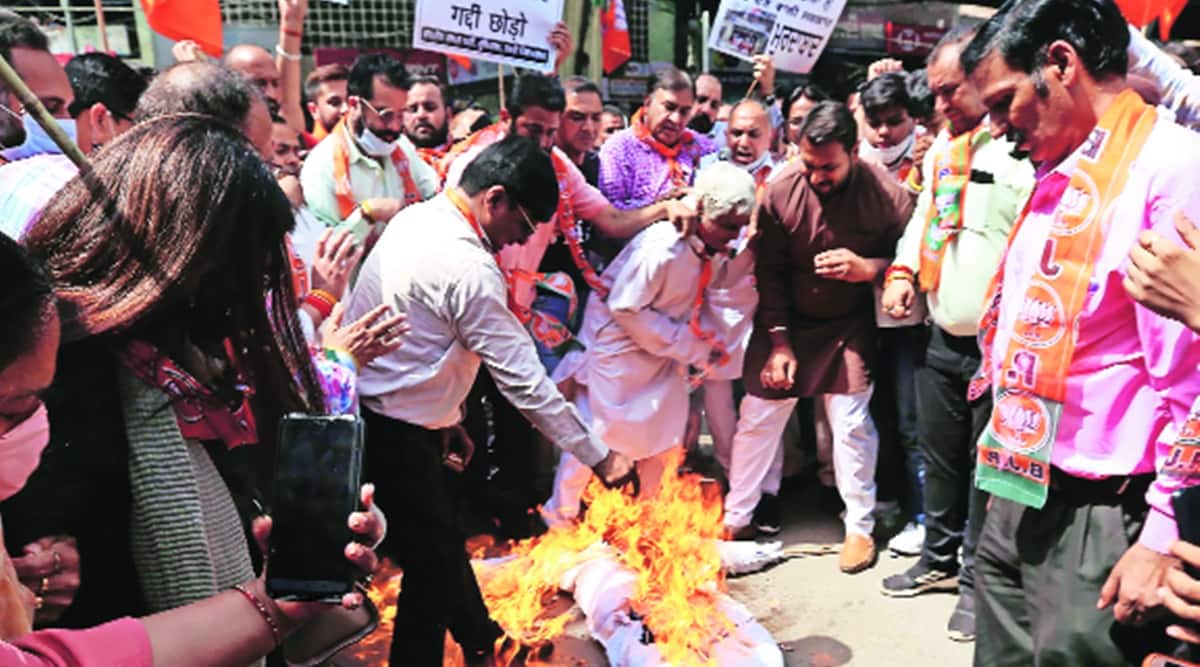 Following the attack on BJP MLA from Abohar Arun Narang, BJP leaders organised dharnas in Doaba on Sunday at various locations. In Kapurthala, a clash-like situation between farmers and BJP leaders when they encountered each other and raised slogans, was averted.

In Jalandhar, a dharna was led by former BJP minister Manoranjan Kalia while in Nawanshahr, BJP district president Poonam Manik was leading the protest.

The BJP leaders blamed the Punjab government for creating such a situation in the state and said that the “state is heading towards anarchy”.

In Kapurthala, BJP mandal president Dharmpal Mahajan was leading a dharna and when they were about to burn an effigy of the chief minister, farm leaders reached the spot and started raising slogans against the BJP leaders.

Police reached the spot and averted the clash.