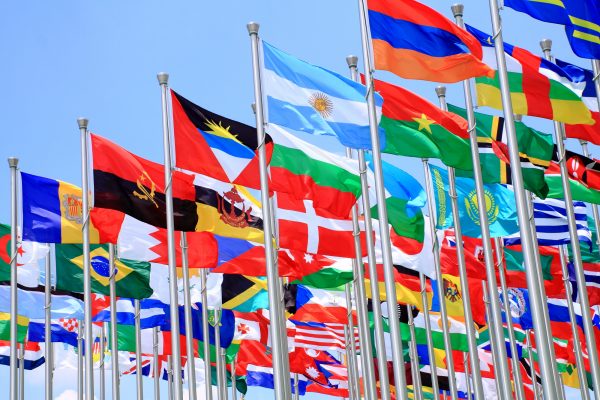 China holds the rotating presidency of the United Nations Security Council for May, and its “first priority” is upholding the multilateral system with the U.N. at the core, China’s U.N. Ambassador Zhang Jun told the press on May 3.

As part of that effort, Zhang announced that China will convene a high-level forum on “Upholding multilateralism and the UN-centered international system” on May 7. The forum, to be chaired by Chinese Foreign Minister Wang Yi, will be attended by U.S. Secretary of State Antony Blinken, marking the pair’s second exchange (the first was their meeting in Anchorage, Alaska in March, alongside NSA Jake Sullivan and China’s top diplomat, Yang Jiechi).

Zhang also said the meeting would be attended by “quite a number” of other foreign members of the U.N. Security Council members, although he did not provide another other specifics. The Security Council’s current members are China, Estonia, France, India, Ireland, Kenya, Mexico, Niger, Norway, Russia, St. Vincent and the Grenadines, Tunisia, the U.K., the U.S., and Vietnam.

“The meeting is aimed at galvanizing efforts of all parties to maintain and practice true multilateralism so as to resolve the pressing issues the world is facing and ensure the central role of the United Nations in international affairs and the effective implementation of the leaders’ declaration,” according to Zhang.

For years, China has been pushing for U.N. reform, even while upholding the global body’s central role in the international system. During his virtual speech at the 75th session of the U.N. General Assembly, Chinese President Xi Jinping declared, “We should stay true to multilateralism and safeguard the international system with the UN at its core.” But he added, “The global governance system should adapt itself to evolving global political and economic dynamics.”

If there’s one thing China and the United States can agree upon, it’s that the current U.N. system is not functioning properly. The global body and its constituent organizations are often deadlocked by political disagreements among members, limiting its effectiveness in responding to global crises like the ongoing conflicts in Syria and Yemen, as well as the more recent coup and crackdown in Myanmar. But, predictably, Washington and Beijing have different approaches to reforming the U.N. system.

China has positioned itself as a champion for the equitable representation of the developing world, branding its approach to reform as “democratization” of the international system. As China’s former U.N. ambassador, Ma Zhaoxu, put it in a 2018 speech, “The rise of the developing countries as a group and the ascending power and influence of African states are prominent features of the international relations in the world we live now. The reform of the Security Council should reflect this reality.”

It’s no coincidence that reforming the U.N. along these recommendations would have the net effect of raising the voices of developing countries, which China can often count among its allies. At the same time, such reform would deprioritize the liberal democracies in Europe and North America, which have played an outsized role in the U.N. since its inception – and today often use their platform to criticize China, particularly over human rights issues.

Other priorities for China’s May presidency of the UNSC, outlined in Zhang’s press conference, include convening a a high-level debate on “peace and security in Africa,” a separate debate on ensuring the safety of U.N. peacekeepers, and a meeting “on the impact of emerging technologies on international peace and security.” (A full recording of his comments is available here.)

Zhang also addressed the crisis in Myanmar, although he did not list it as a priority focus for China. When asked about the situation by a journalist, Zhang panned the use of “one-sided pressure and pushing for sanctions and other coercive measures,” saying such actions “will only aggravate tensions and confrontation, cause more casualties and create a vicious cycle,”

Instead, Zhang promoted political dialogue, endorsing the role of ASEAN in finding a solution. “We should really be creating a more favorable environment for bringing the country back to normal and finding a political solution through dialogues among the relevant political parties within the constitutional and legal framework,” he said.

KZN fisherman will get pulled into water by catch

Zlatan Ibrahimovic dominated out of UEFA Euro 2020 as a consequence...

Kuldeep Yadav will get COVID-19 shot; gamers who obtained dose