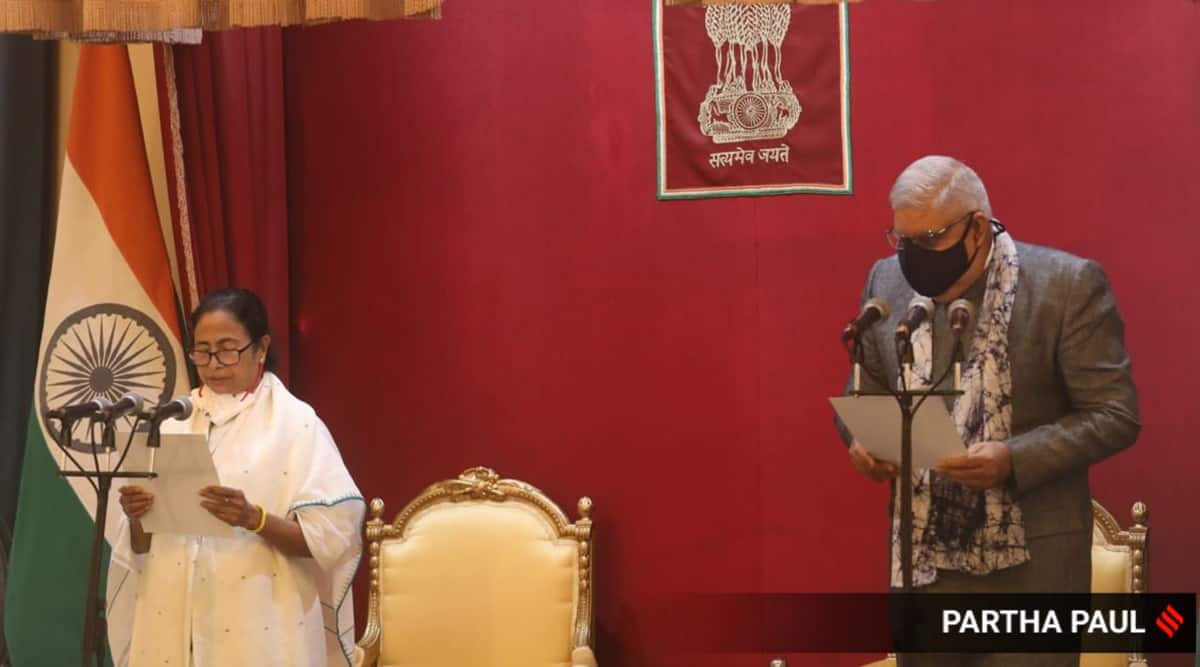 Soon after taking oath as the chief minister of West Bengal for the third consecutive term, Mamata Banerjee on Wednesday urged all the political parties to ensure peace prevails in the state. Banerjee’s reaction came following the killing of at least 14 people in the post-poll violence in Bengal since the election results were announced. Banerjee’s TMC secured a massive win in the election.

Governor Jagdeep Dhankhar who administered the oath to Banerjee said, “I hope CM will take urgent steps to restore rule of law in the state.” Dhankar added, “our first priority is to end horrendous post-poll violence in the state.

Expressing concern over the rising covid cases, Banerjee said her first priority after resuming office will be to tackle the COVID-19 situation.

‘Unbelievable is the stupidest phrase within the dictionary’: Matthew McConaughey

Brazil: A minimum of 25 killed in drug gun battle in Rio

India journey ban was not ‘one the federal government deliberate for’:...

Plastic surgeons reveal most requested star appears and we create the...