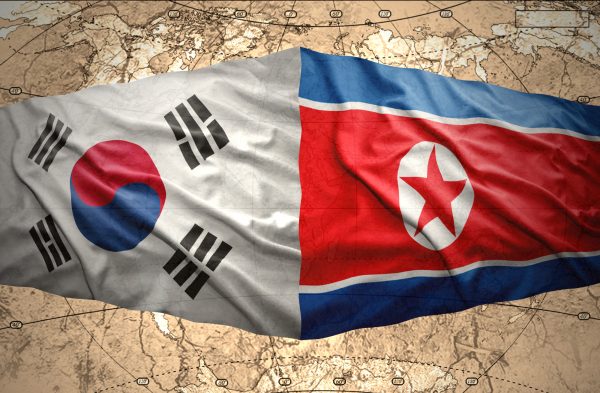 After an activist launched leaflets to the North last week, Pyongyang immediately responded with harsh warnings.

Last week, Park Sang-hak, an activist who defected to the South in the late 1990s, said he launched leaflets to the North. It’s the first known case since the National Assembly passed a law to ban civilians from sending anti-North Korea leaflets across the border. In a video released by his organization, Park said that he is not afraid of being sent to prison and vowed that he will keep sending leaflets for the sake of the 20 million North Korean compatriots.

The Ministry of Foreign Affairs also said the South Korean government expects a positive response from the North to the diplomatic efforts of South Korea and the United States. The ministry emphasized that it is closely monitoring related trends in the North.

President Moon Jae-in has gradually decreased the level of tension between the two Koreas by using different approaches to assuage the North’s chilly attitude toward inter-Korean cooperation and relationship. However, the dialogue between two countries stalled after Washington failed to reach an agreement with Pyongyang at the Hanoi Summit in 2019. North Korea instead started criticizing the South Korean government relentlessly to gain leverage for future negotiations with the United States.

“Sending leaflets insulting the Kim family does not help the peace process on the Korean Peninsula and the denuclearization negotiations between the U.S. and North Korea. If this behavior is repeated, the South Korean government’s policy toward North Korea will no longer be implemented,” Kim Young-jun, a professor at Korean National Defense University and a member of the National Security Advisory Board for the Presidential Blue House, told The Diplomat.

In his view, South Korea pays too high a cost for the emotional satisfaction of activists and those who support the launches. Kim pointed out that there’s little evidence the leaflets actually have any impact on the lives of North Koreans.

Kim also said that the right to live of South Korean residents living in the border area far outweighs the freedom of launching leaflets. “If this action results in harm to or sacrifice of any one resident, it is a right that cannot be respected at all,” he said.

The South Korean government has said the ban on leaflet launches is necessary to protect South Koreans living in the border area from a potentially hostile reaction from the North.

In June 2020, Kim Yo Jong previously published a statement accusing Seoul of violating a military agreement made by the two leaders at a summit in 2018 by permitting leaflet launches. North Korea blew up the inter-Korean liaison office in Kaesong soon after the publication of her statement.

As Moon is going to meet U.S. President Joe Biden at the White House on May 21, some experts say that the North would consider testing missiles or taking other measures to show its leverage and power before the summit.

“North Korea may lose faith in South Korea and have negative sentiment about signing a peace treaty or negotiating for denuclearization by saying ‘it cannot trust the South Korean government, which cannot even control leaflets launching within the territory,’” Kim Young-jun said.

GST Council to satisfy on Could 28; compensation shortfall, charges on COVID necessities on agenda

Rangers followers collect of their hundreds to welcome workforce on the...

GST Council to satisfy on Could 28; compensation shortfall, charges on...