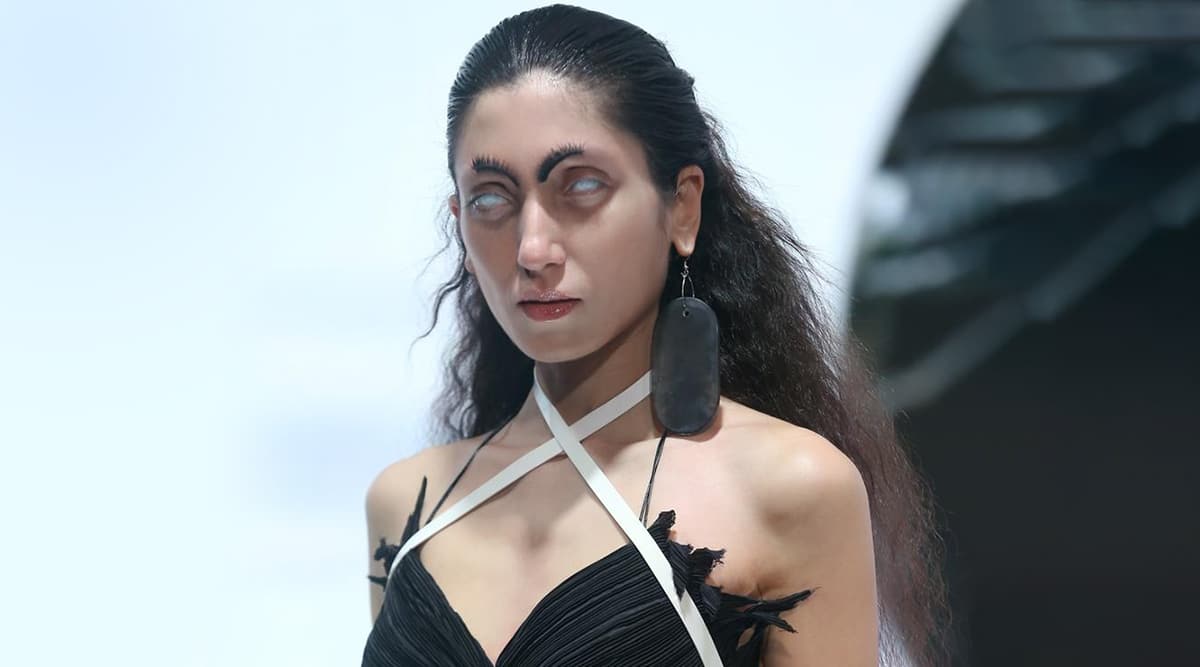 Last week was all about fashion and glamour, thanks to the LakmeXFDCI fashion week. Our social media timelines were filled with celebs sashaying down the ramps donning exquisite designer wear as part of the phygital show that we enjoyed sitting comfortably in our homes.

While the creations, the silhouettes, the trends and the styles made news, there was one other aspect that caught our attention. On day one, as designers Pankaj and Nidhi’s show Kaleido began, our screens burst with colours. Besides the designs, the eclectic makeup made it difficult for us to look away.

But theirs wasn’t the only show that caught our attention. Gen-Next designer Akshat Bansal’s label Bloni’s collection ‘IN BETWEEN XY’, which also won the FDCI emerging talent 2021, had models wearing cloudy white lenses, sporting fake eyelashes over natural eyebrows, which were concealed to perfection.

We could not understand this drill of letting makeup do all the talking in a ‘fashion show’. Curious, we turned to experts for answers; here’s what we found.

The designs had our eyes fixed but the makeup equally grabbed our attention. (Photo: PR handout)

Pankaj and Nidhi believe fashion and beauty have a synergy unparalleled in nature. “It is almost like one cannot do without the other. Makeup and fashion go hand-in-hand and help create an entire ensemble.” Chipping in, Anupma Katyal, national creative director, makeup, Lakmé Salon, who curated the beauty and hair looks for designer couple’s collection said: “People look forward to seeing the creations on the ramp – from the clothes to the hair and makeup. Moreover, everyone wears makeup in the real world and trends spotted on the runway often find their way into their lives as well.”

Agreed Samar Rajput, creative director and stylist for Bloni. “Makeup put together with the creation helps bring out the fantasy to life, and we cannot overlook the beauty industry which works really closely with the fashion industry.” For them, makeup was extremely important because they wanted their “collection to signify a utopian world existing in future where everyone is just blended into a single form of species,” he said.

‘The final idea is to enhance the overall showcase’ “People certainly would not want to wear translucent white lenses and move around but it certainly helped people understand the utopian concept.” (Photo: Bloni)

But, how does one ensure in the final look that one aspect does not underwhelm the other?

Marianna Mukuchyan, an Armenian makeup artist who worked with various designers at LFW, explained, “Before creating a makeup look, it is very important that I see the clothes first. That is why we have fittings prior to the makeup. Doing so makes it easier to create the makeup look in collaboration with the designer and also ensures the overall look is presented in the best possible way.”

Sharing an instance, Mukuchyan told indianexpress.com while prepping models for Manish Malhotra’s show, she put rhinestones on the model’s eyes. But she decided to take them off after looking at the designer’s creations. “It would have been an absolute overkill,” she exclaimed. 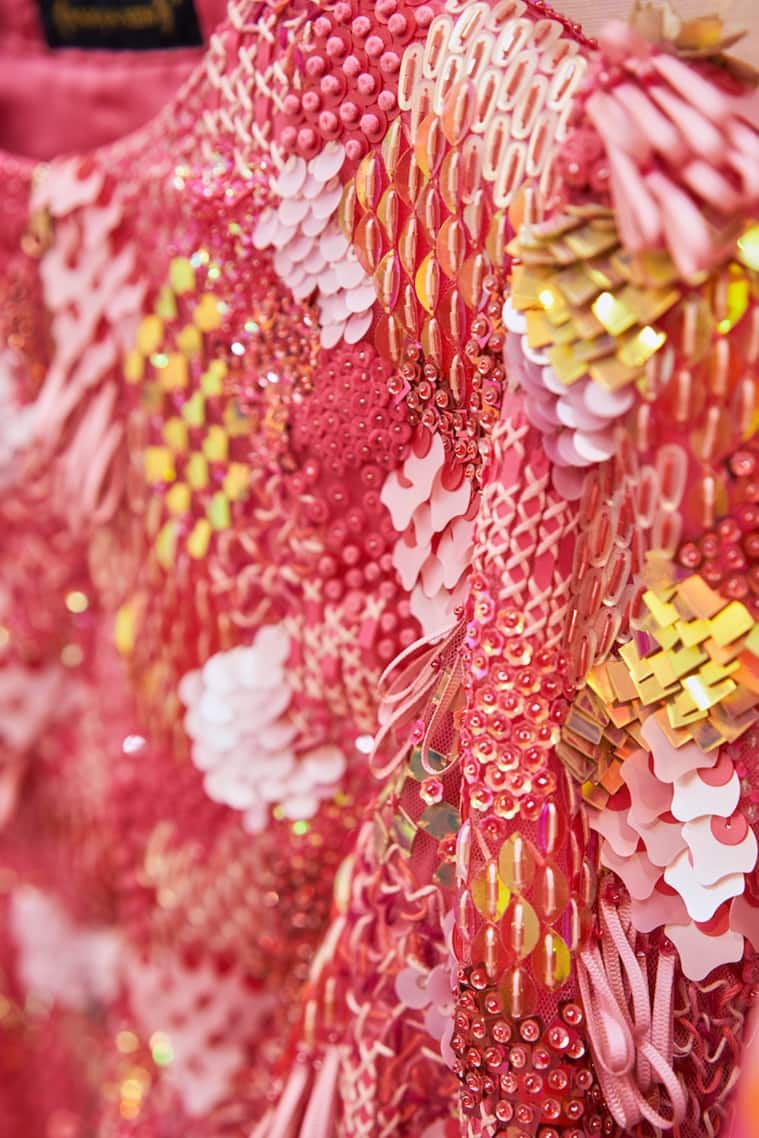 Pankaj and Nidhi sat with the makeup team where they shared their inspiration and theme for the collection.

It is no different for Katyal who said their aim was to “translate the unbridled self-expression of Kaleido into makeup by keeping in mind the colours and inspiration behind the designer’s mood board.” She explained the designers sat with the makeup team where they shared their inspiration and theme, showed them the clothes, and expressed their vision for the collection.

But the final look was decided only after they “did a lot of experimentation”. “Pankaj & Nidhi finally opted for the watercolour technique on the eyes, taking inspiration from their collection, fabrics, silhouettes and colour palette. This is because at the end we want the audience to visualise the final outcome, which is crucial for a fashion show,” Katyal told this outlet.

Similarly, for pro-makeup artist Shradha Luthra, it is all about making sure everything is cohesive. “It is very important to understand less is more. But, what really puts things together is to plan the look basis the outfit, keeping in mind the aesthetic and the vibe. That is when it brings together the picture everyone wants to see.” 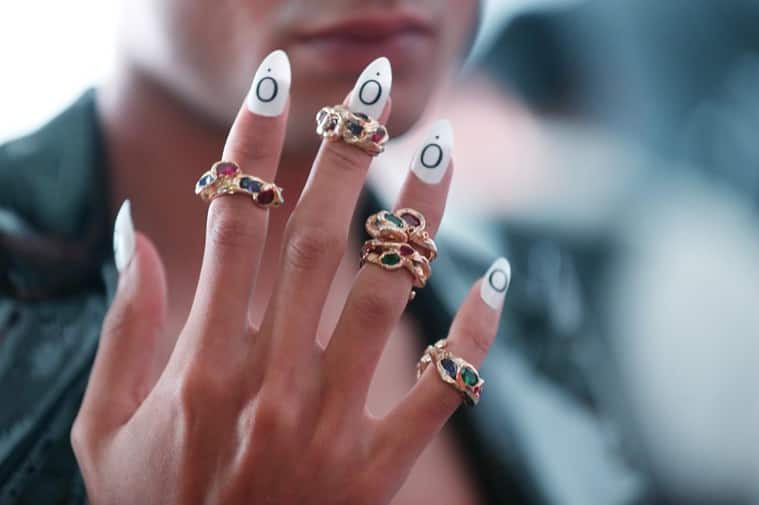 Indeed, the creations and makeup, when put together as a package, have a far-reaching “ripple effect”, as what is seen on the runway. A few months later, they are spotted as trends, too.

But, does it, in any way, help boost the sales of the collection? “Yes, we’d like to believe it helps,” said Pankaj and Nidhi, adding: “The makeup is added to help the consumers visualise what the outfit will look like in the real world.”

Concluding, Rajput said: “I would not want to be a part of a fashion show which does not have hair and makeup. That is because it definitely helps convey the creator’s vision. People certainly would not want to wear translucent white lenses and move around, but it certainly helped people understand the ‘Utopian concept’.”