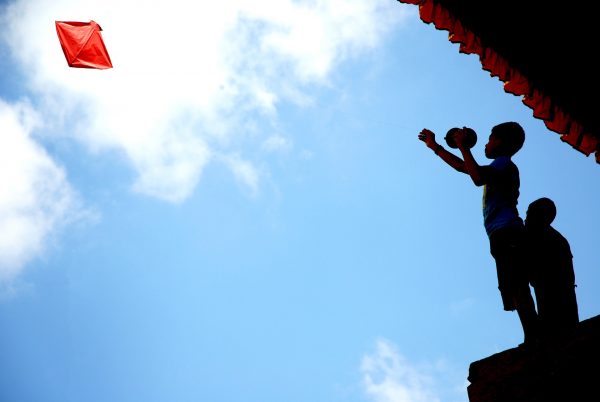 Over a decade ago, I oversaw the United Nation’s last negotiations for the discharge of former child soldiers from the ranks of the Maoists in Nepal. This followed years of U.N. advocacy, and reflected specific provisions in Nepal’s 2006 peace agreement. Thousands of young adults who had been recruited as children during the decade-long war were able to re-enter civilian society. But today, a tool that was fundamental to our success is being seriously eroded.

During Nepal’s civil war, the Maoists recruited up to 4,500 children, including many girls, to fight in their ranks. In areas under their control, they operated a “one family, one member for the Party” program, where children were recruited. The Maoists also kidnapped individual children, abducted large groups from schools, and used propaganda campaigns to attract children as “volunteers.”

The Maoists gave weapons training to children as young as 14 and forced them into front-line combat. Children also helped transport military supplies, provided medical assistance, worked as sentries or informants, and participated in propaganda activities to recruit other children.

The Nepal Army also utilized children as messengers, sentinels, informers, cooks, and in other support functions.

For years, the Maoists steadfastly denied recruiting children. Just days before signing the 2006 peace agreement, the Maoist leader Pushpa Kamal Dahal, also known as Prachanda, claimed, “We have never taken a policy to recruit children in our army.”

In the years that followed, many former child soldiers were released informally, and some joined U.N. reintegration programs. But in late 2009 several thousand still remained to be discharged, and as head of the U.N. mission in Nepal, one of my responsibilities was to persuade the Maoists to do so. Supported by the U.N. secretary general’s special representative on children and armed conflict, and other U.N. colleagues, we had long and detailed discussions. What made a significant difference was pointing to the U.N.’s clear documentation of the problem, and the secretary general’s inclusion of the Maoists in his “list of shame” – an annual list requested by the U.N. Security Council naming parties to armed conflict responsible for recruiting children and other grave violations against children.

I told the Maoists that their reputation was being tarnished by their inclusion on the list, and that as long as former child soldiers remained in their camps, they would continue to suffer that stigma. Eventually, they were convinced.

At the first discharge ceremony, in the Maoist army site in Rolpa, we brought ambassadors representing the U.N. Security Council and other members of the international community to witness the ceremony, along with the Maoist leader, Dahal, and all his deputies. The ceremony helped signify that the release of child soldiers was genuinely important and meaningful to the international community.

In early 2010, the remaining nearly 2,000 former child soldiers were discharged, and re-entered civilian life. As part of their rehabilitation process, the government and the U.N. supported their return to school or training in a trade. At the final ceremony, I was able to tell these young people, “The period of your life dedicated to armed struggle is now in the past. You have a role in helping make Nepal a country that is just, equitable, democratic and peaceful.”

Nepal’s transition to peace has been challenging, to be sure, but the recruitment and use of child soldiers is over. Looking back on my experience in Nepal, it’s clear to me that the U.N.’s listing mechanism was fundamental to persuading the Maoists to end their use of children and release children from their ranks.

But now, the reputation of the U.N.’s listing mechanism is significantly damaged. In a damning new report, a group of prominent children’s rights experts has found troubling double standards in how the U.N. secretary general holds warring parties to account for violations against children. They highlight dozens of cases in which the secretary general has failed to name armed forces or armed groups for killing and maiming children, recruiting them as soldiers, committing sexual violence, or other abuses. They also criticize the secretary general for removing Myanmar’s armed forces from his list for recruiting and using child soldiers, and the Saudi-led coalition for killing and maiming children in Yemen, despite continuing violations.

I know from first-hand experience that without a credible list, U.N. personnel on the ground will lose an important tool to protect children. The secretary general should ensure his list includes all groups that are abusing children, without exception. We can’t afford to give anyone a pass.

BSEH ready to conduct Class 10, 12 board exams in Haryana, awaits nod from the federal government