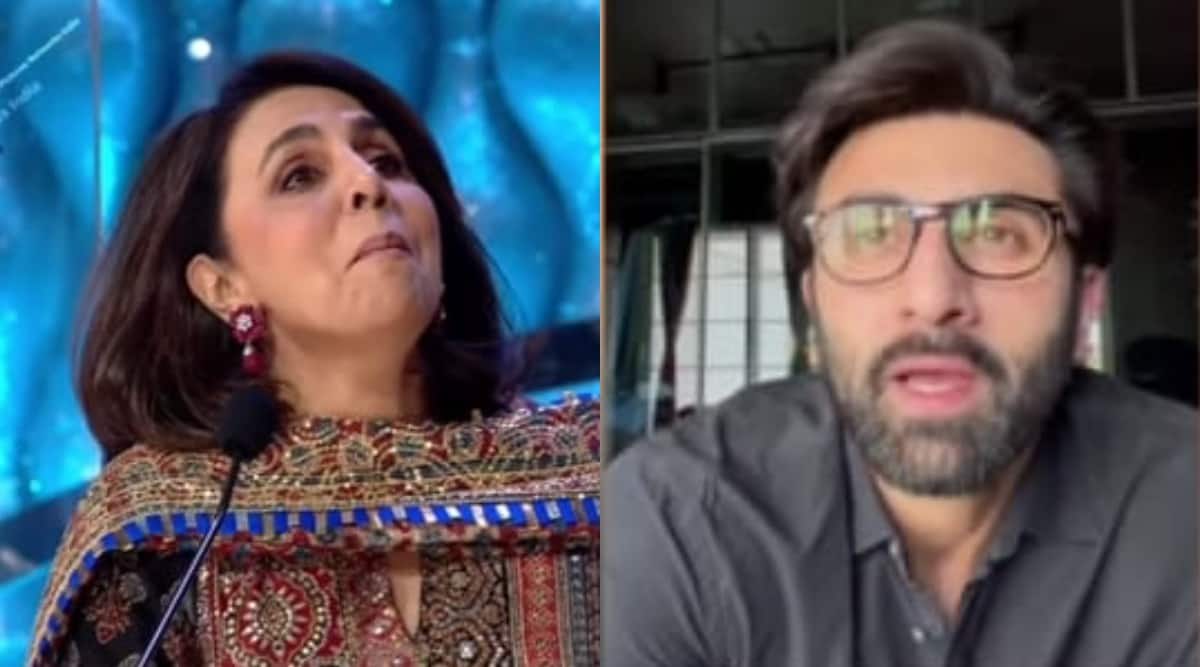 Neetu Kapoor will be a special guest on the upcoming episode of the musical reality show Indian Idol. As is the trend on the show, the veteran actor’s journey in life and cinema will be celebrated on the episode and to add to the fun, her children Ranbir Kapoor and Riddhima Kapoor will appear via videos.

In a special promo released by Sony TV, we get a sneak peek at their video messages. Ranbir shares how when they were enrolled in music classes as kids, the teacher was ready to take on his sister as a student but suggested that Ranbir should enrol in karate classes because music is just not his thing. “He told my mother that I don’t understand sur aur taal aur mujhse nahi ho paega,” Ranbir said in the message.

Riddhima also appears in the promo as she calls her mother the “iron lady” of the family.

The episode will be dedicated in the memory of Rishi Kapoor who passed away after a long battle with cancer in April 2020. In a previous promo, Neetu had shared, “After chasing every girl, one day he came up to me and said that he likes me. He added that he finds me very simple and genuine.”

Neetu and Rishi were an iconic couple in the 1970s. They appeared in films like Amar Akbar Anthony, Kabhi Kabhie, Khel Khel Mein, Rafoo Chakkar among many others. In their later years, they appeared in Do Dooni Chaar, Jab Tak Hai Jaan, and a few other films.

On Thursday, the family members of Rishi Kapoor held a puja on his 11-month death anniversary which saw Ranbir, Riddhima participating in the ceremony.