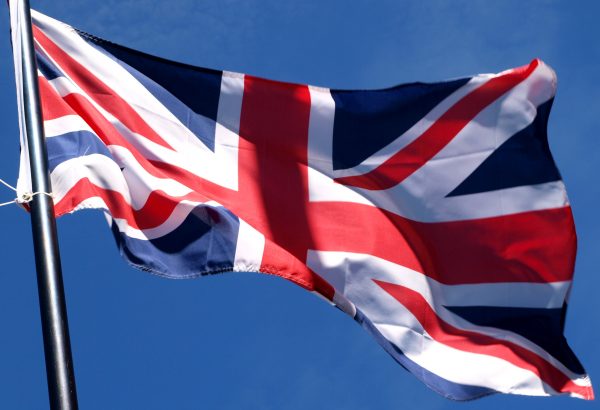 Central Asia provides fertile ground for the U.K. as it looks to showcase its potential to be a “global force for good.” Through its relations with the states of Central Asia — Kazakhstan, Kyrgyzstan, Tajikistan, Turkmenistan, and Uzbekistan —  the U.K. could demonstrate its ability to not only combine but also balance trade, human rights concerns, and effective developmental assistance. Yet, so far Britain has failed to develop a cohesive strategy toward the region.

Instead, most of the U.K.’s largely underwhelming efforts to engage in the region have focused on trading opportunities. With the U.K. now outside the EU and free to strike its own trade deals, there has been a concerted effort by the Department of International Trade (DIT) to build on the country’s existing standing with the region’s countries. First and foremost, this has been targeted at the region’s largest economy, Kazakhstan, where there is still considerable scope to expand trade. Comparing U.K. exports to Kazakhstan with those of Italy, for example, we see that they are from similar sectors (machinery, electrics, furniture) but Italy exports three times as much as the United Kingdom. Germany’s exports to Kazakhstan are almost four times as high.

Kazakhstan is not the only country with potential for U.K. export growth. Since the death of Islam Karimov in 2016, incipient — if not entirely convincing — signs of democratization and more overt demonstrations of economic liberalization in Uzbekistan have led to increased trade with the U.K. and the signing of the United Kingdom-Uzbekistan Partnership and Cooperation Agreement. But regional experts have expressed skepticism over the potential for genuine political reform.

Moreover, with the election of Sadyr Japarov in January 2021, there is a risk of the region’s strongest democracy, Kyrgyzstan, backsliding into the populist authoritarianism it overturned in the Tulip Revolution of 2010. Taking heed of these political realities, the U.K. should pursue a firm but more cautious approach to trade engagement in the region. It is important that the U.K. does not rush headfirst into trade deals, forgetting its commitments to promoting human rights and championing democracy in its haste.

Certainly this has already happened with Turkmenistan, one of the world’s most repressive and authoritarian regimes. Since 2017, the U.K. has dramatically increased its arms exports to Turkmenistan with little thought of what these weapons might be used for. If the U.K.’s pronouncements about values-based foreign or trade policy are to ring less hollow, then arms deals with Turkmenistan must be halted immediately.

Such actions also undermine the London’s honorable aid reputation in the region, particularly toward Tajikistan and Kyrgyzstan. Britain’s development assistance has brought real benefits to both nations and, consequently, provided the U.K. with considerable soft power by demonstrating commitment and investment in the region beyond mercantile concerns. But arms sales to Turkmenistan and a “trade first, democracy later” approach to other countries weaken this appeal.

As such, the U.K.’s current approach toward Central Asia appears confused, undermining its own potential rather than channeling its manifold strengths. The U.K. needs to think more ambitiously – and more coherently – about its own capabilities and objectives in the region. Luckily, many of the mechanisms required are already in place.

The U.K. is unusual in having a permanent presence in all five Central Asian republics. But rather than use this to pursue purely bilateral relations, the U.K. should adopt a regional approach that combines all levers of its foreign policy apparatus. First, this would involve cooperation between DIT and the Foreign, Commonwealth, and Development Office (FCDO) in the form of establishing a business and development forum to oversee economic ties with the region.

Similar to, but broader than, U.S. President Barack Obama’s C5+1 initiative, such a forum should establish U.K. collaboration with the five Central Asian states on business, trade, infrastructure, and development issues, building on the U.K.’s positive reputation gained from its development work in the region. The inclusion of development also allows the U.K. to maintain channels with Turkmenistan and Tajikistan and demonstrates an openness to trade should they ever move in a more democratic direction.

This type of platform also provides a natural environment in which to chart economic engagement against concrete human rights and democratization milestones. This could set goals for countries that profess to be democratizing — like Uzbekistan and Kazakhstan — on topics including free access for election observers, the establishment of NGOs, and funds to support independent media, which the target country would need to meet for the next stage in economic relations to be reached. The forum should have a permanent representative located in Bishkek, thereby symbolically centering the U.K.’s engagement around a commitment to supporting the region’s democratic potential.

Central Asia provides the perfect test of whether the U.K. is capable of realizing its global ambitions within a values-based foreign policy. Britain has the skills to pass but it is still lacking the strategy.

This piece is based on the author’s recent research brief, “A Steppe Change: Should Britain be Bolder in Central Asia?”