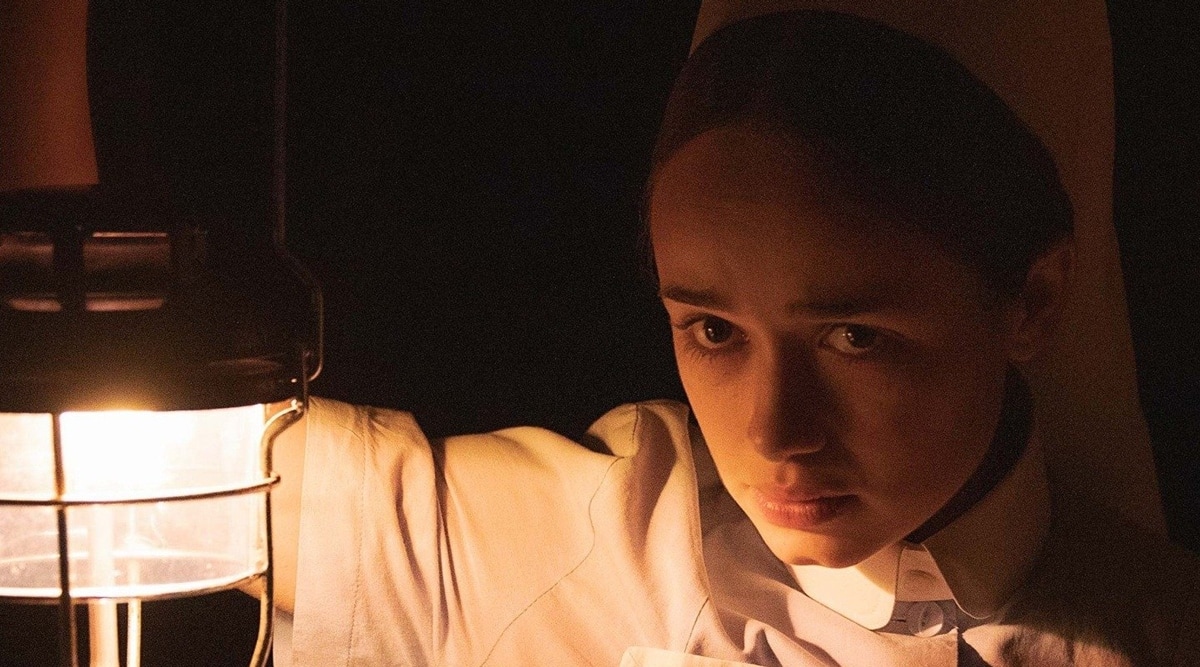 There has been a recent, welcome trend of late among filmmakers to use horror as a genre to comment on social ills. Jordan Peele’s Oscar-winning 2017 film Get Out with its trenchant criticism of casual racism is one of the popular examples. The Power, available on BookMyShow Stream in India, which targets sexual misconduct in hierarchical institutions, is less subtle than some other movies, but is just as effective.

Written and directed by Corinna Faith in her feature debut, the film is set in 1974’s London, specifically in the Three-Day Week period. Lasting from January to March, it saw the Conservative government mandating blackouts across the country as part of measures to deal with the economic crisis. The crisis itself was a result of striking miners that affected the production of coal, and thus the electricity.

Our heroine is Val (Rose Williams), a nurse who is forced to work both day and night shifts by the harsh Matron (Diveen Henry) due to the audacity of talking to a doctor as an equal. If that wasn’t enough, she feels the leery eyes of the doctors, one of whom casually tries to slip a hand up her skirt. The Power gets scary much before the blackout sets in.

Most of the patients are being shifted to another hospital and the remaining few are cared by only four nurses, including Val. What little equipment is available is powered by feeble generators.

But Val is determined to make the best of it in a nearly dark, empty hospital. Despite the circumstances, she is optimistic and genuinely wishes to care for patients unlike other, more jaded nurses who have been at the hospital longer.

However, despite the seeming isolation, she realises there is an entity in the hospital that is certainly not human. The presence manifests itself through particles of ash suspended in the air, whispers that call out to her and a terrified little girl.

Horror ensues. Corinna Faith strikes a right balance between two kinds of scares the story is dealing with. For instance, Val gets possessed by a ghost and kills a person. A fellow nurse refuses to believe her and instead says nothing happened — which is an obvious yet smart parallel to the scepticism and gaslighting that the victims of sexual crimes are usually treated with.

The Power is frightening in more ways than one.

The cinematographer Laura Bellingham uses dimly-lit corridors and lack of lighting to unnerving effect. The visuals go a long way towards building the tension pervading in the movie. Hospitals at night must be scary anyway, even with the electricity but here, the sense of dread is heightened manifold.

Rose Williams is absolutely first-rate as a young woman breaking apart under immense strain and yet finding her inner strength to battle an all-too-human evil in the end. The young actor slips into a clearly challenging role with the ease of a veteran. She is especially impressive in a possession scene that riffs on movies like The Exorcist.

The Power ends on an empowering note that, like most of the movie, is far from subtle. Quite the opposite, in fact. It has a jackhammer effect to the mind, and that works just as well.

The Power would have been an stellar horror-thriller even if it was more traditional and did not have a deeper layer to the story. As it is, its concoction of supernatural horror and mundane, quotidian horror creates an experience that is often enjoyable in a vicariously thrilling way but mostly unsettles one to the core, largely due to the real-world echoes.