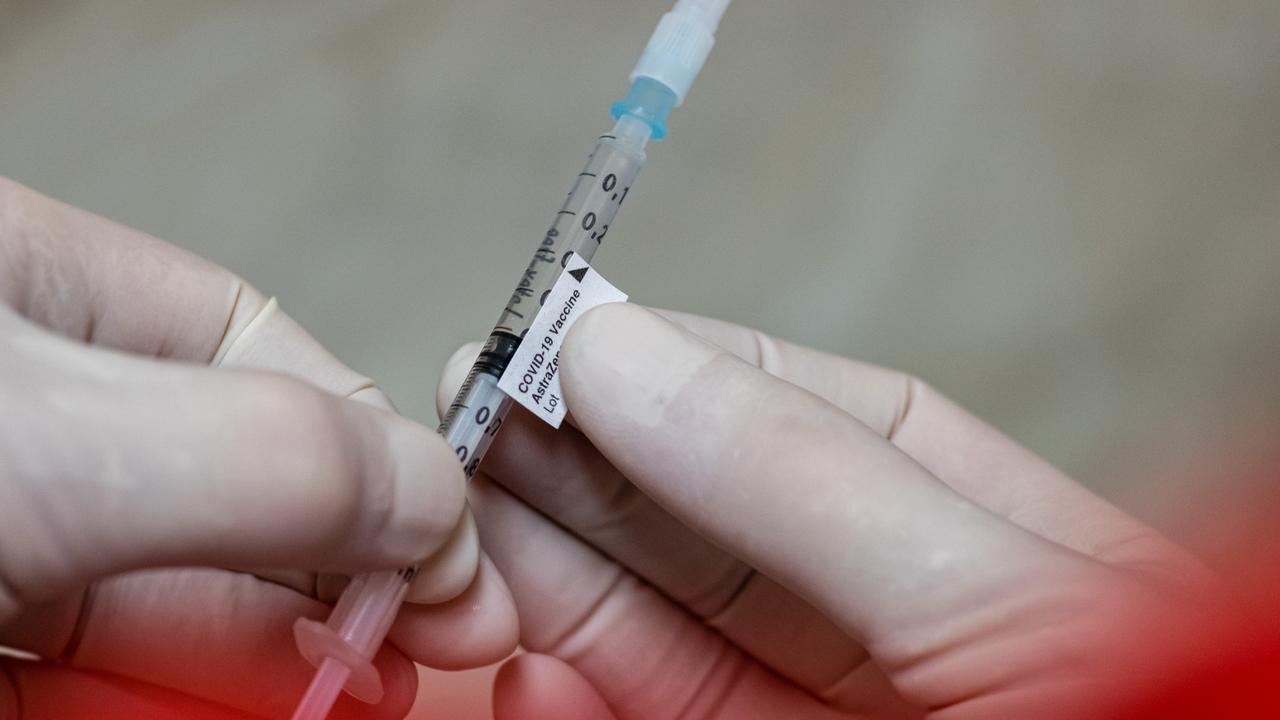 France, Germany and Italy have become the latest European nations to suspend the use of AstraZeneca vaccine over blood clot fears.

France, Germany and Italy have all now suspended use of the AstraZeneca COVID-19 vaccine over fears of a link to blood clots.

Emmanuel Macron said on Monday that France was suspending use of the jab pending a review of its safety by the European Medicines Agency (EMA).

“The decision has been made… to suspend the use of the AstraZeneca vaccine as a precaution, hoping that we can resume it quickly if the judgement of the EMA allows it,” Mr Macron told a press conference, adding that an announcement by the EMA was expected on Tuesday afternoon.

“We have a simple guide, to be informed by science and the competent heath authorities and to do it as part of a European strategy,” he said.

He said the suspension was for now effective “until tomorrow (Tuesday) afternoon” when the EMA should deliver its opinion.

Italy’s medicines agency said on Monday it had joined other European nations including Germany, Ireland, Denmark and the Netherlands in blocking the use of the vaccine after reported blood clotting incidents.

The move comes just days after Italy’s AIFA regulator banned the use of a single batch as a precaution, while insisting there was no established link to the alleged side-effects.

“AIFA has decided to extend the ban on the use of AstraZeneca’s COVID-19 vaccine throughout Italy as a precautionary and temporary measure pending European Medicines Agency (EMA) rulings,” it said in a statement on Monday.

The World Health Organisation and AstraZeneca have both said the vaccine is safe.

Over the weekend, Ireland and the Netherlands suspended the vaccine, with a Dutch drugs watchdog saying there were potentially 10 cases of blood clots linked to the jab, which was jointly developed with the University of Oxford.

The EU’s medicines regulator said it was closely reviewing how safe the vaccine is but did not see a problem with its continued use.

“We’re scrutinising all the data, particularly the fatal cases that have been reported,” the head of the EMA’s health threats and vaccines strategy, Marco Cavaleri, told the European Parliament’s health committee.

While the data is under review, Mr Cavaleri said that the EMA so far does “not see any problem in continuing with the vaccination campaign using this vaccine.”

The agency is trying “to understand if there are any specific cluster of cases around the certain type of pathologies or background stages, medical stages of the subjects, in order to refine the benefit-risk options.”

Initial evidence was not showing an “emerging risk” he said, adding that “the benefit-risk of the AstraZeneca vaccine is considered positive” — meaning any adverse side-effects were outweighed by its usefulness in combating COVID-19.

France’s decision reversed previous guidance from the nation’s health authorities to continue using the jab and came just a day after French Prime Minister Jean Castex had defended the vaccine.

“At this stage, we must have confidence in this vaccine,” Mr Castex said on Sunday. “If not, we’ll have delays with our vaccinations and French people will be less protected and the health crisis will last longer.”

Speaking alongside Mr Macron at the press conference in southwest France, Spanish Prime Minister Pedro Sanchez announced no change for Spain, but said it was important “to give a message of guarantee and safety to the whole of the European population regarding the vaccination process.”

Mr Macron said that the French government would have “decisions to take” in the next few days in order to control the spread of COVID-19 cases after an uptick in cases and a rise in hospitalisations.

“We will probably have new decisions to take in the coming days,” he said. He said the government needed to look at “the reality of the epidemic, town by town, region by region: it’s what we are doing.”

Hospitals in the Paris region are close to capacity, with patients being transferred out of the capital region to other parts of France, while other hotspots of infection are in the north around Calais and the Cote d’Azur.

Mr Macron decided against a third national lockdown at the end of January, deciding instead to continue with a policy of a 6pm nationwide curfew and a partial shutdown of bars, restaurants and other social and entertainment meeting places.

March 8 – The first halt of a batch of the AstraZeneca vaccine is announced by Austria following the death of a 49-year-old nurse from “severe bleeding disorders”. Estonia, Lithuania, Latvia and Luxembourg also suspend the use of doses.

March 11 – Denmark is the first country to say it will suspend use of the AstraZeneca vaccine as a precautionary measure over fears of blood clots in vaccinated people. Iceland and Norway follow the same day, temporarily suspending use of all their supply of the vaccine. Italy’s medicines regulator also bans the use of a batch as a precaution, triggering a similar decision from Romania.

March 12 – Bulgaria suspends the use of the vaccine as it investigates the death of a woman with several underlying conditions who recently received the jab. An initial probe had suggested the woman died from heart failure and an autopsy found no link with the vaccination. Thailand abruptly delays the start of its rollout of the vaccine, stopping Premier Prayut Chan-O-Cha from getting the first jab. The Democratic Republic of Congo, also due to start administering the vaccine, postpones its campaign citing “precautionary measures”.

March 13 – Norwegian health officials report three more cases of blood clots or brain haemorrhages in younger people who received the jab, but say they can not yet say they were vaccine-related.

March 14 – Ireland and the Netherlands join the list. Italy’s northern Piedmont region suspends use of the vaccine after the death of a teacher who had received it the day before.

March 15 – Indonesia, Germany, Italy and France suspend use of the vaccine, with the German health ministry saying a closer look is necessary after the reported blood clotting incidents in Europe.