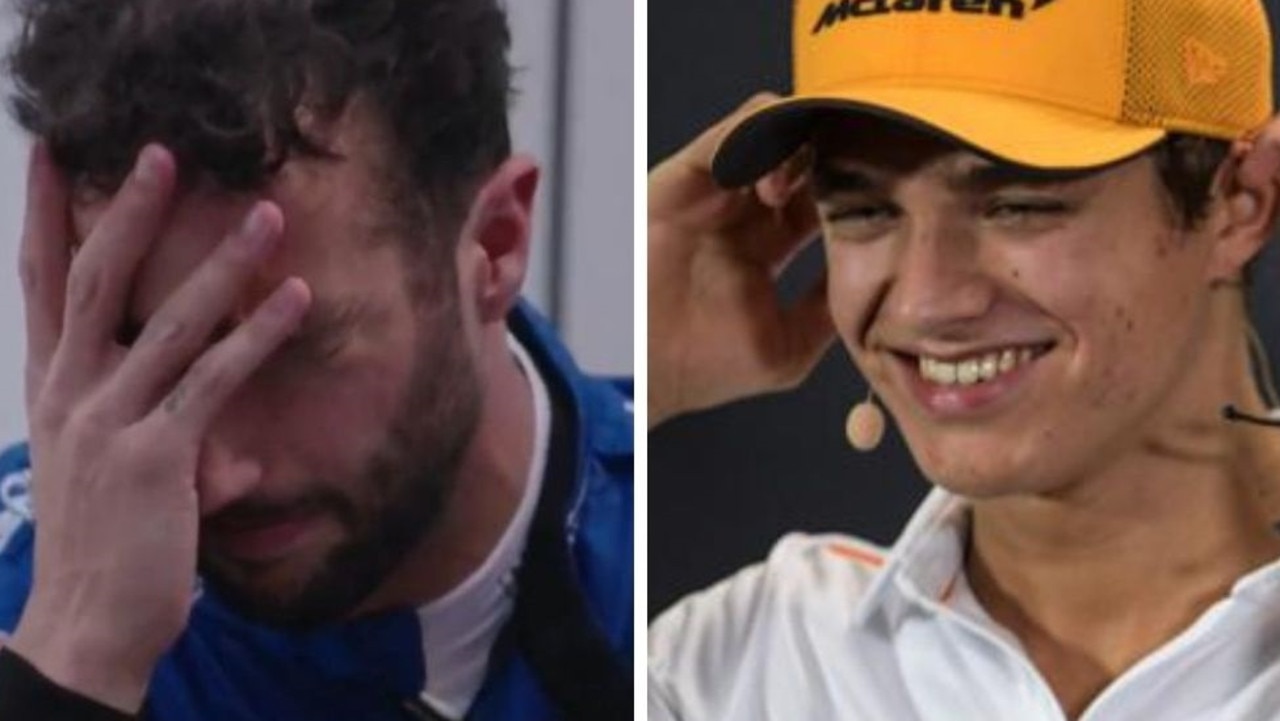 Daniel Ricciardo was happy to bounce back at the Portuguese Grand Prix after a horror run in qualifying but knew there were issues he and McLaren must address.

The Aussie F1 star was knocked out in Q1 as qualifying turned into a disaster, but was able to move up from 16th on the grid to finish ninth in the main event and walk away with some points.

Post-race Ricciardo spoke in general terms about what was going wrong, having finished behind teammate Lando Norris for the third successive time this season. While the young Brit finished on the podium in Italy and came fourth in Bahrain and Portugal, Ricciardo only managed to cross the line seventh and sixth in the first two races of the year.

Teething problems were to be expected with a new team after leaving Renault at the end of 2020, and Ricciardo spoke on the weekend about the difficulties he was facing in his new car and the need to tweak some things with its set-up.

Now he has gone into specifics about what’s holding him back, revealing the braking system is putting him on edge.

“To be honest, just locking — locking brakes,” Ricciardo told Motorsport Magazine about the biggest problem he’s facing. “Well, it’s a bit of locking and sometimes it’s losing the rear (of the car).

“But there’s a fine line, I guess. And I think probably there’s a period in the kind of entry phase (into corners) where the car is on a knife-edge.

“And I feel like there’s probably a set-up solution where I can just open that and not be on such a knife’s edge, because it is really sensitive.

“I think Lando is certainly able to drive around that better than me at the moment. And probably to fast track my learning, I can just try something with set-up that opens our window, and it’s probably with the suspension or something like that.”

McLaren to take feedback on board

Ricciardo is still learning and some key takeaways from Portimao will allow him to go back to his team and explain what’s going wrong, and what can be done to fix it.

McLaren won’t take his feedback personally, knowing it’s a matter of trial and error to get somewhere with the car that will make the Honey Badger comfortable.

“The team also dealt with it well, they appreciate that, let’s say, the car is not probably doing everything I want it to do,” Ricciardo said. “So they kind of put their hand up as well.

“Definitely after Bahrain and Imola, I had a clear direction for the team as far as updates and feedback to aero, like ‘OK, this is where we need to improve the car looking forward’. But I still wasn’t sure what I want currently in the car and then how I want to set up the car.

“We’re kind of not trying to go too far away from Lando, because obviously he’s on top of it and driving well. But I think today I learned a few things that maybe I can start to, let’s say set it up to suit me and see how that goes in Barcelona.”

McLaren is happy to give Ricciardo time to adjust, putting faith in his long-term ability to help the team become a genuine championship contender.

Team Principal Andreas Seidl told Motorsport Magazine: “It’s something which just doesn’t allow him to continuously push the car at the limit, because for him in certain dynamic conditions it’s like driving on a knife’s edge.

“But that’s definitely something where I think we made already steps for this weekend, together with him, despite the disappointment in qualifying.

“And we simply have to keep working together with him in order to improve this situation.

“As always, there’s the driver’s side, but obviously we also look deeply on the team side into this, and see how we can help him with improvements we bring to the car, with set-up changes, in order to lift the performance.”