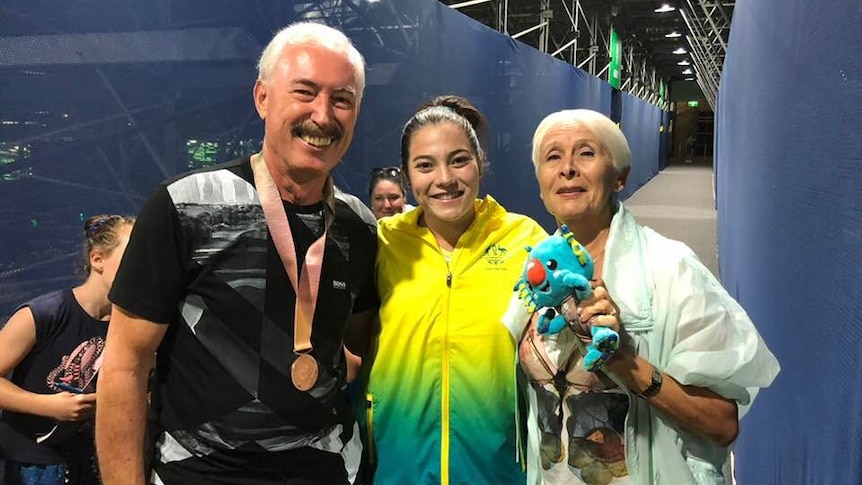 The only Australian woman to have qualified for the Tokyo Olympics in women’s artistic gymnastics is coached by two Russians who were suspended for 18 months for the verbal abuse of another gymnast in 2013.

The suspension has remained unreported for eight years because under Gymnastics Australia’s complaint handling process, those involved — including the gymnast who was verbally abused and Gymnastics Australia — are barred from speaking due to confidentiality provisions.

Gymnastics Australia declined to comment about the nature of the suspension, claiming it was bound by confidentiality.

In a statement, it acknowledged “the need for transformational change across the sport of gymnastics”.

“We understand the importance of transparency and will carefully consider how we can provide greater transparency across issues like sanctions whilst being cognisant of complexities around privacy.”

In a report released on Monday, the Human Rights Commission identified a ‘win-at-all-costs’ culture that prevailed across the sport.

The report found that the focus on winning created unacceptable risks for the safety and wellbeing of often very young gymnasts.

Mr and Mrs Belooussov declined to comment when contacted by the ABC.

Godwin told the ABC she was in full preparation for the Tokyo Games and did not want to make a comment other than saying: “Olga and Sasha are excellent coaches who have always been supportive of me and I have felt safe in their care”.

Gymnastics Australia employs its own coaches but personal coaches like Mr and Mrs Belooussov are given access, support and travel costs for competitions.

In addition, Mr Belooussov has been named as a Gymnastics Australia assistant coach as recently as 2019.

Delta director John Mitchell provided a statement to the ABC defending the coaches for their record and performance at the club.

“Sasha and Olga have a coaching philosophy that girls need to want to do well and they will never and can never make girls do well.  They inspire girls to be their best and ask the girls to direct their own development.  We have not received any complaints about Sasha and Olga in the five-and-a-half years they have worked in our club.”

He added that Delta carries out due diligence and reference checking when employing staff, including for Mr and Mrs Belooussov.

In 2018 Godwin won a silver medal for the individual all around competition at the Commonwealth Games, and bronze medals in the women’s team competition and individual uneven bars.

She qualified for the 2020 Olympics by making the all around final at the 2019 world championships.

At the same event, the Australian women’s artistic gymnastics team missed out on Tokyo qualification by one place.

Mr and Mrs Belooussov have been coaching in Brisbane since 2001 and have worked with gymnasts including Chloe Gilliland, Alyce Arrowsmith and Larrissa Miller.

Do you know more? Contact Jack Snape anonymously via the Signal messaging app on +61439695398 or via email.

Historian asks why personal letters are nonetheless sealed after combating for...