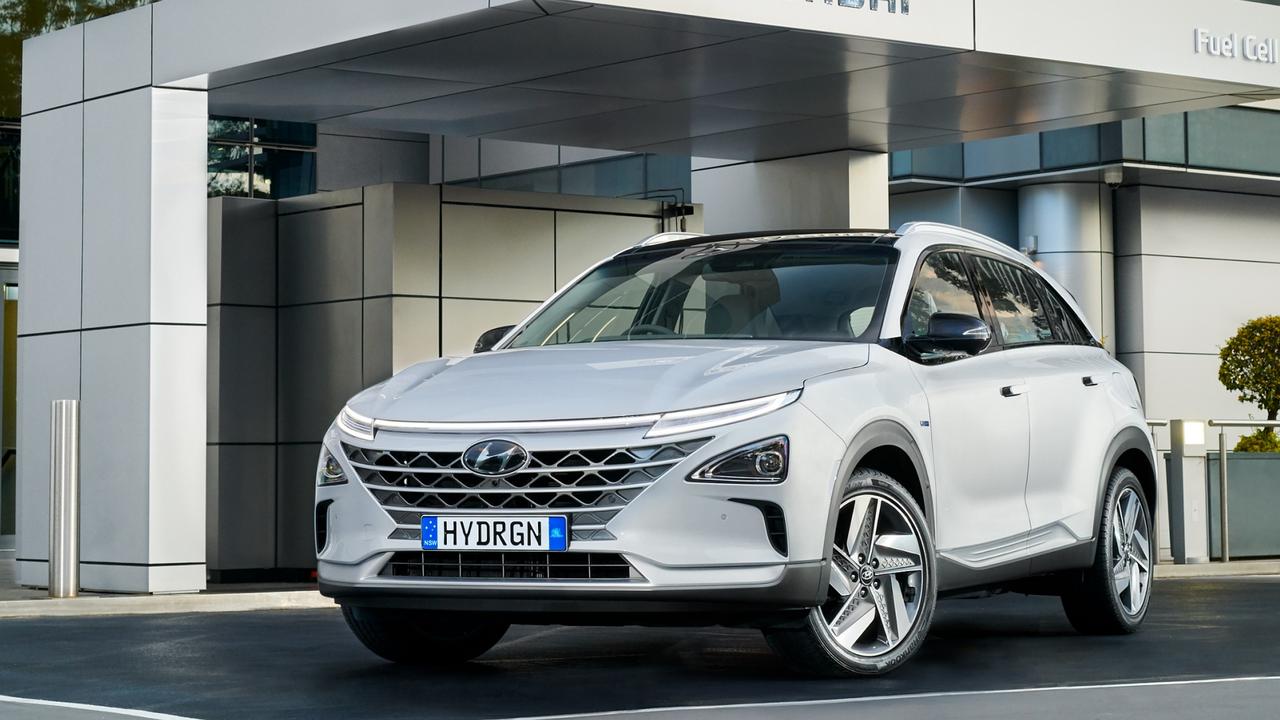 Australia’s newest refuelling station is offering up free fuel for a year, but as with any giveaway there is a massive catch.

Roll up, plug in the bowser and you can drive off legally without paying a cent.

The ActewAGL site in Canberra won’t even charge you for overpriced chocolates on the way out the door.

The fuel is even produced on site using water and renewable energy.

As with many great deals there is a catch – and it’s a biggie.

You’ll need a hydrogen fuel cell electric vehicle (FCEV) to make use of the free offer.

What is arguably the cleanest and greenest vehicle refuelling station delivers hydrogen, not petrol.

Set up in Canberra to power a fleet of 20 Hyundai Nexos – the first hydrogen fuel cell electric vehicles certified for sale in Australia – the outlet is strategically placed only a few kilometres from Parliament House and alongside depots for StarTrack Express and Australia Post.

Those businesses run fleets of forklifts and delivery vehicles, which are seen as a key target for early hydrogen take-up.

In trying to build early demand and interest in hydrogen vehicles manufacturers such as Hyundai and rival Toyota are turning to governments and fleets.

“We are launching more than just a car,” said Dr Saehoon Kim, Hyundai’s global head of fuel cell centre ahead of the Friday opening of the hydrogen station.

“The program might be small, but the significance is large.”

Just days ahead of another hydrogen station opening by Toyota in Melbourne, the race is on to take advantage of government incentives and increasing interest in the long-talked-of hydrogen economy.

And Kim believes Australia could play a global role that could eventually supplant the mining of fossil fuels.

“Your great country is one of the world’s leading exporters of coal and gas … but now maybe instead of looking under the ground it’s time for Australia to start looking towards the sky.”

While there will be two hydrogen refuelling stations open within a week, there are only eight more planned or in development, dotted across every state and territory except the Northern Territory.

Compare that to the 7000-odd petrol stations that make motoring possible right across our wide brown (and sometimes damp) land and the scale of the hydrogen challenge is more stark.

That’s why placement of refuelling stations is critical – one along a major trucking route such as Melbourne-Sydney appears logical – as Australia ramps up for a fuel some believe will power utes and four-wheel drives of the future.

Not that there’s big difference between the two. Fuel cells and EVs are both electric vehicles, but instead of hundreds of kilograms of batteries the FCEV has a fuel cell to convert hydrogen into electricity on demand.

Eventually drivers will have to pay for the hydrogen from the ActewAGL station, which is unded by a consortium that includes the ACT government.

European experience and Hyundai’s local estimate suggests a cost of around $10-15 per kilogram.

Considering average hydrogen use of around one kilogram per 100km the price compares favourably to petrol or diesel – while only emitting water from the twin hidden exhaust outlets.