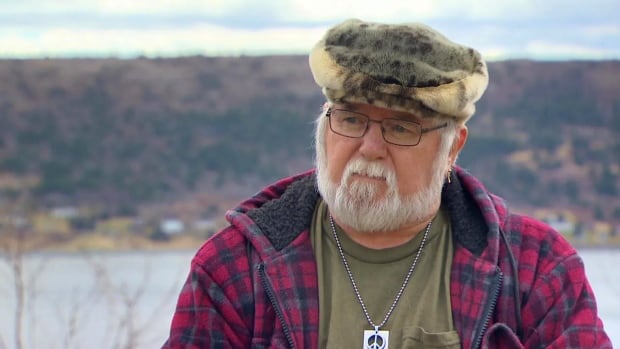 A man in Harbour Grace, N.L., has won the fight to get access to his late partner’s CN Rail pension after initially being denied because he was in a same-sex relationship.

Ken Haire received an offer letter from the railway on Tuesday evening. It recognized him as the common law spouse of Gerry Schwarz, a CN employee for 30 years, and grants him the survivor pension for the rest of his life.

It also includes a lump sum for missed payments in the nine years since Schwarz died, plus interest.

“We’ve won,” Haire wrote in a brief message to CBC News on Tuesday evening. The 71-year-old said he’s going to take some time to reflect before doing interviews.

Haire shared his story with CBC News on Monday, explaining how CN rejected his claim to the money because the company did not recognize same-sex relationships when Schwarz retired in 1991.

CN’s pension plan did not include same-sex partners as eligible spouses until 1998. That change was not made retroactive, but the company said a review of how the policy affects employees that retired prior to 1998 is underway.

A spokesperson for CN said the company will have more to say on Wednesday.

WATCH | CN earlier said former policies may have to be re-examined:

CN Rail says it’s reviewing its policy that kept a Newfoundland man from getting his deceased same-sex partner’s company pension as a surviving spouse. CN rejected his claim for years, but a legal expert says the company would have little chance in court. 2:10

Haire fought off and on for nine years, quietly trying to gain access to Schwarz’s pension. He said he was crushed by their decision to deny him because it devalued the relationship he shared with Schwarz for more than 33 years.

“After all those years and all the people he had worked with, they still didn’t acknowledge the fact that Gerry and I were a couple,” he said. “We were a couple in every sense of the word. It really did hurt.”

Haire spoke out for the first time last week in an interview with radio station VOCM. His interview with CBC News, which aired Monday, caught the attention of people across the country, including prominent LGBT rights lawyer Doug Elliott.

Elliott called CN’s rejection “bigoted,” and said the company had no legal leg to stand on.

A 2004 decision that Elliott argued before the Supreme Court of Canada made Canada Pension Plan survivor benefits retroactive to 1985, when LGBT people were given rights under the Canadian Charter of Rights and Freedoms.

Haire previously said he would not thank CN’s pension department if the decision was overturned, saying it would only be doing what was right and nothing more.

Again-to-back tornadoes kill at the least 10 in China, over 300 extra injured – Nationwide