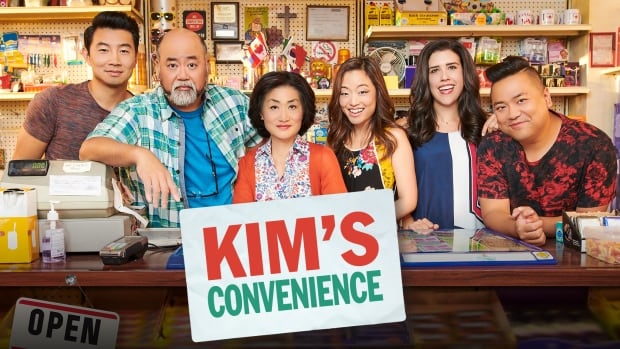 The producers of the hit comedy show about the beloved Kim family their fictional Toronto shop announced on March 8 that Kim’s Convenience  would conclude after its fifth season. The Canadian Screen Award-winning program had been renewed for a sixth season, but the producers said in a statement that co-creators Ins Choi and Kevin White were moving on to other projects.

Kim’s Convenience premiered on CBC in 2016 and is based on the play of the same name by Choi. The Toronto-set show stars Paul Sun-Hyung Lee, Jean Yoon, Andrea Bang and Simu Liu as the titular Kim family, as well as Andrew Phung and Nicole Power.

The abrupt conclusion may leave some narratives unfulfilled — particularly a full reconciliation between Lee and Liu’s father-and-son characters, Appa and Jung.

Justin Wu, who made his directorial debut during an episode this season, has fond professional and personal memories of the show.

Wu told CBC Radio’s Q that he bonded with his mother, who emigrated from Hong Kong, by watching the show together. “To find a show with such authenticity and depth, heart and comedy about an immigrant family experience meant a lot to her and in turn meant a lot to me,” Wu told host Tom Power on Monday.

q11:05OK, see you: Kim’s Convenience ends after 5 seasons on CBC

On this week’s screen panel, freelance journalist Kelly Boutsalis and photographer and director Justin Wu joined Tom Power to reflect on the end of Kim’s Convenience. The series finale of the beloved Canadian sitcom airs tomorrow. 11:05

That authenticity and representation has earned the show critical acclaim and a devoted, global fan base. “It was an award winning show starring a mostly Asian Canadian cast, and they gave us five great seasons of family, love and laughter,” freelance journalist Kelly Boutsalis told Power. “And I hope that it opens the door for a lot more series like this with that kind of representation.”

Sally Catto, CBC’s general manager of entertainment, factual and sports, said the show “has built a powerful and inspiring connection with audiences in Canada and around the world.”

“While we are sad to say goodbye to this beloved and groundbreaking show, we are incredibly proud to have been part of its journey and understand the producers’ creative decision to wrap up the show at this time.”

Fans of the series will have the opportunity to follow the stars in upcoming projects. Phung — whose portrayal of Kimchee on the show earned him a pair of Canadian Screen Awards — and Power will each star in new, half-hour comedies that will debut during the 2021-22 broadcast season, while Liu will star in the Marvel movie Shang-Chi and the Legend of the Ten Rings.

“We were the little show that could,” Phung said in a series of tweets after the show’s conclusion was announced in March. “This truly Canadian show allowed people to see themselves on television.”