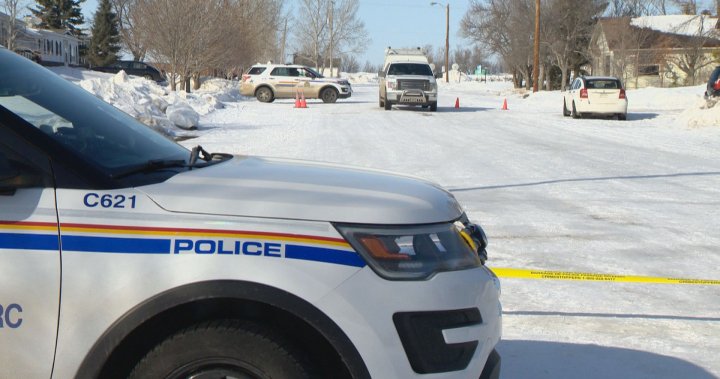 A woman accused of killing a 61-year-old man earlier this month has a bail hearing next week in Saskatoon.

Melissa Mac Queen, 42, was arrested on March 5 and charged with manslaughter in connection to the death of Randall (Randy) John Garrett.

RCMP say they went to a house in the 700 block of Saskatchewan Avenue in Milden, Sask., on March 4 after someone reported there was a body in the house.

Police have not released how Garrett died or his connection with Mac Queen.

Garrett’s obituary states that he leaves behind four daughters and eight grandchildren. Garrett loved hockey and when he stopped playing hockey himself he enjoyed watching his nephews play and never missed a chance to talk about his hockey days.

He also loved animals and almost always had a dog or two throughout his life and took them with him everywhere, whether it was driving in his truck or out on the field, said his obituary.

Milden is a tiny village of about 167 people in central Saskatchewan about 110 kilometres southwest of Saskatoon.

Darcie Little Badger, an Indigenous creator, is a Nebula Award finalist for her new YA novel debut

Nicola Sturgeon blasted by rivals for her ‘divisive’ plans for Scottish...

Which Enterprise Mannequin To Select For Your Startup?