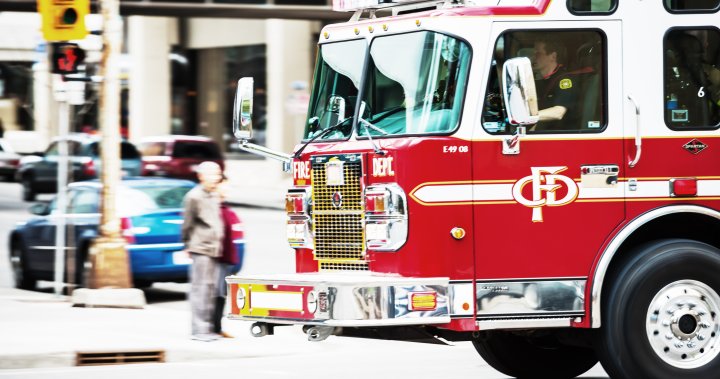 A man in his 30s was taken to hospital after suffering life-threatening burns in a fire at a duplex, Calgary EMS confirmed Friday night.

Firefighters were called to the fire in the 6000 block of 8 Avenue S.E., the Calgary Fire Department said in a news release.

“Smoke was showing from the rear of the structure when firefighters arrived on the scene,” the CFD said. “Firefighters quickly initiated a fire attack and interior search and were able to knock down and control the main body of fire.

“When they entered the residence, one patient was found, removed and transferred to Alberta Health Services for continued care, treatment and transport.”

The CFD said no other injuries were reported but two cats at the duplex are missing. The fire department said four people escaped from the residence before firefighters arrived.

An investigation into the cause of the fire is underway, the CFD said.