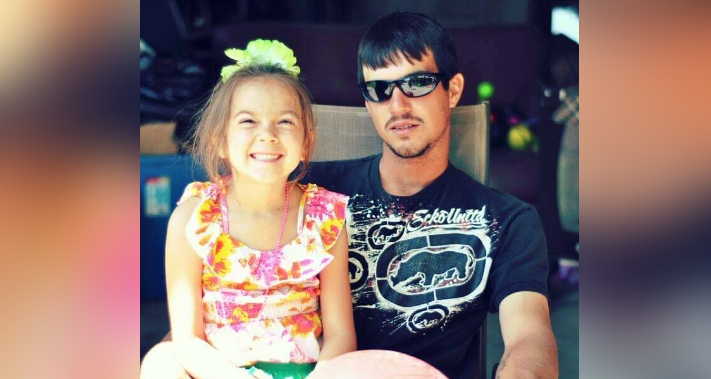 One family is relieved while another is heartbroken after the victim of a fatal crash in Uxbridge last week was misidentified by Durham police.

Investigators say a 32-year-old man was driving a vehicle eastbound on Regional Road 39 near Concession Road 3 when the driver left the road and struck a tree. The vehicle “incurred severe damage, trapping the male driver inside,” police said. The driver of the vehicle, Tyler James Macdonald, was pronounced dead on scene. The collision happened March 12.

The following morning, Suzanne Seheult got a knock on her door from officers, who told her that her 30-year-old son had died in the crash.

Upon hearing the news, the mother of two says she was devastated.

“I can’t even explain the anguish I was going through as a mom. He’s my firstborn child, too.”

Initially, she says, she had doubts. The victim of the crash had the same first, middle and last name as her son. However, Tyler adds his mom’s name to his, making his full name Tyler James Macdonald-Seheult. In addition to this, Seheult says the victim’s birthday and residential address did not match.

The Sunderland, Ont., resident says she then contemplated how she would tell her son’s wife and three children. She finally notified his in-laws, who drove to his residence in Bancroft, Ont., to break the news to his family.

“I got a phone call saying, ‘I just got up here, the van is in the driveway and so is Tyler,” Seheult said.

“Needless to say, I was ecstatic. I didn’t believe it at first. I was very confused, it had been a long morning. My thought was then, ‘Oh my God, who died?’”

Durham police Const. George Tudos told Global News in a statement that “it’s very rare someone would have all three identical names but in this specific case, officers could only go with the information they had at their disposal.”

“They were not able to positively identify the victim due to the circumstances of this tragic collision. Our Officer in Charge of North Division has reviewed the incident and has rectified the issue.”

Tudos added police have since apologized to Seheult.

However, as quickly as the relief came for Seheult, so did the worry, when she realized another mother had lost their Tyler James Macdonald.

The 32-year-old man who lost his life in the fatal crash is a Stouffville man whose friends call him TJ. He leaves behind his partner, Krystle Brideau, and his 12-year-old daughter.

Brideau told Global News over email she would “give anything to be the other family in this devastating situation, and I wouldn’t wish the things myself his daughter or Tyler’s family are going through on anyone. It’s an absolute nightmare that I haven’t been able to escape.”

Brideau says she was not notified of her partner’s death until seven hours after police had notified the wrong family.

“I was greeted in my driveway by two very nice, sympathetic York Region police officers who unfortunately left me with nothing but questions. They told me Tyler was no longer with us, but had little information regarding the incident and left me a pamphlet with phone numbers if I wanted details,” she said.

“I was obviously in a state of shock, but I managed to call the number they had left me and the women who answered notified me I didn’t have the correct number.  The officers left me with a number for Durham, North Carolina.”

Brideau says officers she has spoken with have been kind to her. However, her family continues to face challenges when it comes to getting closure.

“This kind of mixup is unacceptable. Today marks one full week since the accident and we are still currently waiting for answers,” she said.

“I just want to wake up from this nightmare, I want answers, I want the next day to stop hurting worse than the one before. I want the bad news and confusion to stop. I just want Tyler to come back home. My heart is gone, and it’s never coming back.”

The victim’s mother-in-law, Diane Brideau-Depuis, spoke to Global News over the phone. She says her son-in-law has still not been identified by a Toronto coroner’s office and the family has not been able to bury him.

“There’s no body here yet,” she said.

Brideau says she wants her partner to be remembered as “an amazing father and the greatest, most lovable hard working man I know.”

“He would have given anyone the shirt off his back. He loved anything with a motor or wires, mister fix it, nothing ever stayed broken around our house. He was a country boy at heart and never failed to put a smile on anyone’s face. He will be forever missed by anyone who ever had the chance to meet him.”

A fundraiser has since been created for Macdonald’s family.