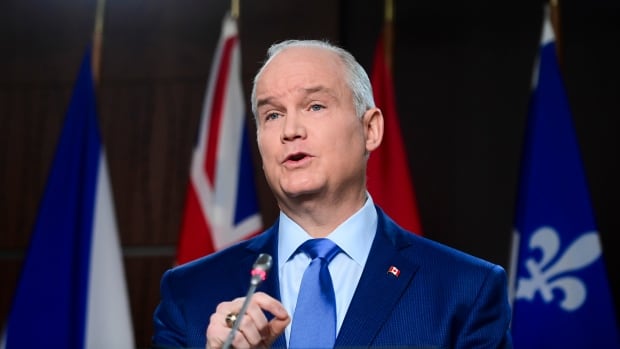 Conservative Leader Erin O’Toole says he will vote against a private member’s bill introduced by a Conservative MP which would make performing a sex-selective abortion a criminal offence.

“As you know I’m pro-choice, and I will be voting against this private member’s bill,” he told a news conference in Ottawa Monday morning. “I will always as prime minister defend the rights — the human rights — of all Canadians to make this decision for themselves. I’ve been crystal clear on that and will be as prime minister.”

O’Toole did not say whether he would direct his shadow cabinet to vote against Bill C-233, also known as the “Sex-selective Abortion Act,” which would make it a criminal offence for a medical practitioner to perform an abortion solely on the grounds of the sex of the fetus.

Cathay Wagantall, Conservative MP for the Yorkton-Melville riding in Saskatchewan, introduced the bill, which went through first reading in the House of Commons in February 2020.

At a separate news conference Monday morning, Wagantall said she introduced the bill because of a lack of legislation with respect to sex-selective abortion.

“Above all, I’m bringing this bill forward in defence of pre-born Canadian girls and boys who are aborted simply due to their sex,” she said. “My bill addresses inequality between the sexes at the earliest stages of life.”

Asked about O’Toole’s comments, Wagantall said she respected his intention to vote against the bill.

“I respect my leader’s opportunity to make his choice as much as I do mine,” she said.

While Wagantall acknowledged that a majority of Canadians are in favour of access to abortion, she said this does not extend to sex-selective abortion.

She cited a 2019 Dart & Maru/Blue poll, which reported that 84 per cent of Canadians oppose abortions that are done on the basis of the unborn child’s sex.

An Angus-Reid poll from 2012 reported that 60 per cent of Canadians would like to see legislation with respect to sex-selective abortion.

The proposed law would also require the federal minister of health to consult with provincial representatives to establish guidelines on what information a medical practitioner must provide in relation to a request for an abortion.