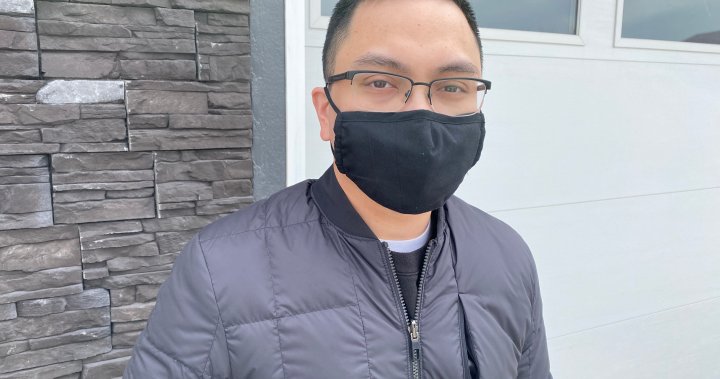 The son of missing Winnipeg man Eduardo Balaquit is relieved that his father’s accused killer has been caught after nearly three years, but he says he still has many questions he wants answered.

Eduardo’s son, Edward Balaquit, said a break in the case was a long time coming, but the arrest of a suspect is still not enough to bring him closure.

“We were always wondering who or where this person was,” Edward told Global News on Monday. “It’s good that he’s off the streets but at the same time we want my dad home.”

Eduardo was last seen on June 4, 2018, when he left home to go to his cleaning job at a business on Keewatin Street.

His van was later found at the business with a smashed window and his belongings still inside.

Last Thursday, Winnipeg police announced Kyle Alexander James Pietz, 35, was arrested in Saskatoon and charged with manslaughter in connection with the homicide and disappearance of Eduardo.

Sgt. Wade McDonald said Pietz, who became a suspect in early 2018, was living in Winnipeg at the time and worked at the same business Eduardo had cleaned for more than 20 years.

Edward said he has never heard of Pietz before his arrest, and he wasn’t aware of any issues his father was having with anyone at work.

“He did his job, went home,” Edward said. “He made sure his time was used so it could benefit us.”

Edward said he likely won’t find closure until his dad’s body is located.

He said he hopes the suspect will help lead investigators to the location.

“Where’s my dad?” Edward said he would ask the suspect. “Anything else that comes after that, we can deal with it after. I just want to know where he is.”

Since Eduardo went missing, he missed not only birthdays and holidays, but many other significant family events as well.

Now a father himself, Edward said he finds himself parenting like his dad.

“As a father now, all I do when I get home is just to see my family,” he said. “I appreciate the fact that he worked so hard for us because I would do the same for my little one.”

Winnipeg police haven’t haven’t said why or how investigators believe Eduardo was killed.

However, police are still asking the public to come forward with any information on Eduardo’s whereabouts.

Last year, police were focusing on a blue Ford Escape SE that was reportedly in the area at the time of the disappearance and later seen in Arborg, Man., which led to an extensive search in the area.

Police now revealed that the vehicle did belong to Pietz.

Although Arborg remains a place of interest, police said they are not certain where Eduardo’s body might be.