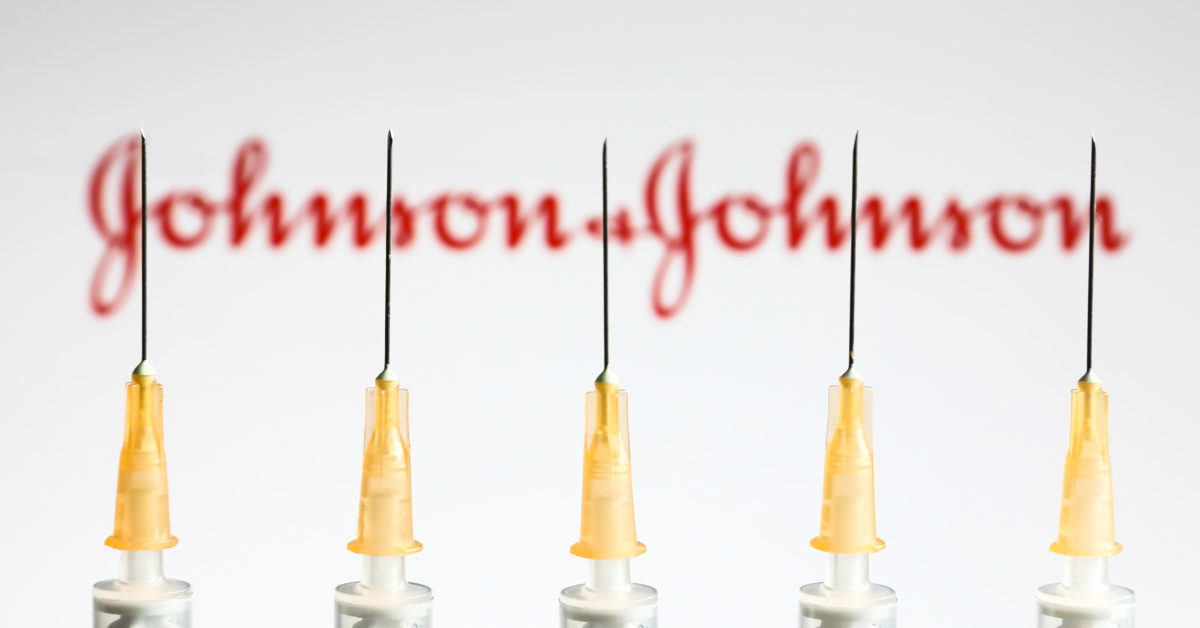 It’s the news EU countries were hoping for: The Johnson & Johnson COVID-19 vaccine is safe to use, according to the EU drugs regulator.

Like the Oxford/AstraZeneca vaccine, there appears to be a link to very rare and unusual blood clots combined with low blood platelets. However, the risk is so low, it’s dwarfed by the benefits of using the vaccine to prevent illness and death from COVID-19.

“I have to stress again that [these unusual side effects] are very rare, and that, in the vast majority of cases, these vaccines are going to prevent death and hospitalization from COVID-19,” said Emer Cooke, executive director of the European Medicines Agency, during a press briefing.

A handful of EU countries paused the rollout of the first, much-anticipated batches of the single-shot jab, while the agency reviewed eight unusual cases of thromboembolism with thrombocytopenia following vaccination in the U.S.

The Netherlands was among them. It announced Tuesday it will now start using the jab, according to de Telegraaf. In Belgium, which also suspended its use, the health minister has “requested an opinion from the vaccination task force and the Superior Health Council by Friday”, reported le Soir.

The rest of Europe now has the peace of mind to continue using the jab, EU officials said.

“This is good news for the rollout of vaccination campaigns across the EU,” tweeted European Commission President Ursula von der Leyen.

Shipments to Europe will also resume, Johnson & Johnson said after the EMA’s decision.

It will come as some relief to EU countries grappling with high infection rates after the U.S. drugmaker announced last week it was “proactively” delaying deliveries over the blood clot concerns. The EU is set to receive 55 million doses by the end of June.

Reopening the door to J&J deliveries, according to Peter Liese, German MEP and health spokesman for the European People’s Party, could result in herd immunity in Europe over the summer.

“In the coming weeks, the focus will no longer be on the vaccine shortage, but on whether the vaccine is being vaccinated efficiently and whether enough people are getting vaccinated,” he said. “If this works well, corona will be much less scary in just a few months.”

With rollout of the J&J vaccine resuming, health care professionals and citizens receiving the jabs need to be extra vigilant for the signs and symptoms of possible blood clots, as they are with the Oxford/AstraZeneca vaccine.

The good news is that people in the EU are now “very aware” of this potential side effect with the Oxford/AstraZeneca jab, said Sabine Straus, head of EMA’s drug safety committee PRAC, and they can apply this vigilance to the J&J jab.

Early treatment can “help those affected” and “avoid further complications”, she added.

The EMA’s experience in assessing these unusual blood clots associated with the Oxford/AstraZeneca vaccine was also most likely why Europe is ahead of its U.S. counterparts in reaching a decision on the J&J jab, Cooke said.

The U.S. Centers for Disease Control and Prevention’s Advisory Committee on Immunization Practices is scheduled to meet again on April 23 for further discussion, according to J&J.

However, despite the EMA’s experience, it said it’s too early to tell if this possible side effect was linked to the adenovirus viral vector technology, which both jabs use. To date, there have been eight cases with J&J out of 7 million doses; 287 cases from 59 million doses with Oxford/AstraZeneca; 25 cases with BioNTech/Pfizer; and 5 cases with Moderna.

“It might be possible that there is a class effect, but I think it’s really too early to conclude on that yet,” said Straus.

But since the unusual blood clot cases reviewed after both adenovirus vaccines “have such a striking similarity” the committee felt confident that the J&J cases had a “strong association” with the vaccine, she said. Just like with Oxford/AstraZeneca’s jab, the effects are very similar to heparin-induced thrombocytopenia, or low counts of blood platelets combined with blood clots.

But cases are extremely rare. In the U.S. sample noted above, the eight reports of odd thrombosis with thrombocytopenia were mostly among women aged 18 to 49, with one death. They included blood clots in the brain, abdomen and arteries, together with low levels of blood platelets and sometimes bleeding.

Cooke also addressed Russia’s Sputnik vaccine, saying the agency had not yet seen this effect. But it also has not begun assessing side effect data as part of its rolling review of that jab, as it’s still in the “early stage” of the review.

It will now be down to EU countries to decide how they choose to use the vaccine, and whether they opt to restrict its use, as many countries have done for the Oxford/AstraZeneca vaccine, or follow the advice of the EMA.