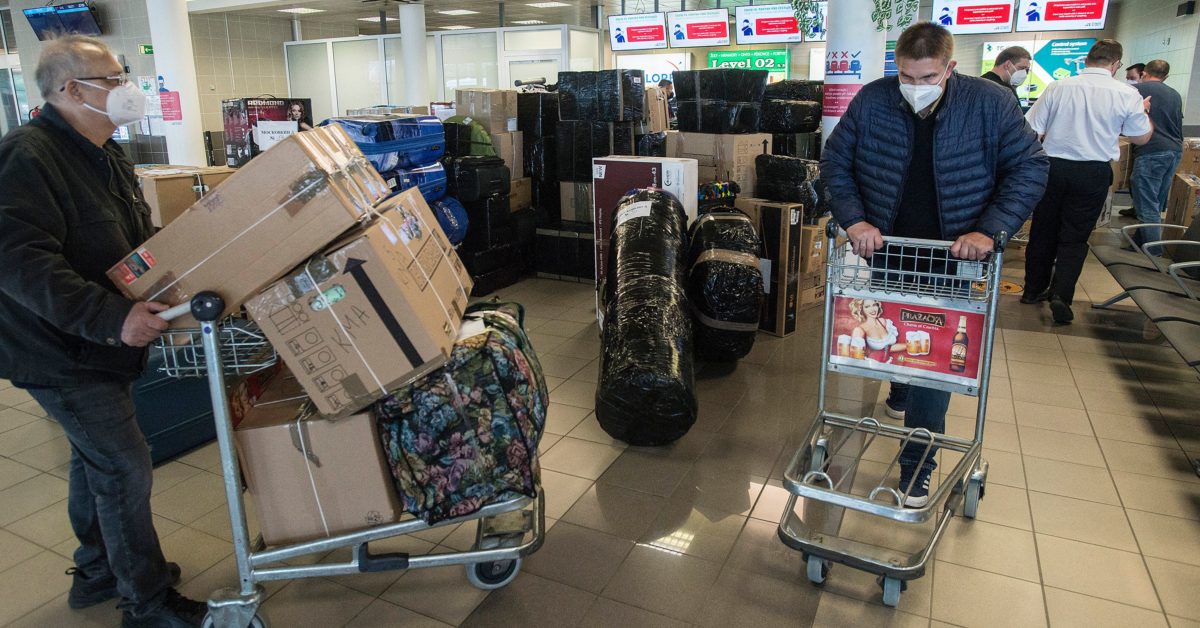 Even for spies, murder isn’t business as usual. So last month, Czech officials expelled 18 Russian diplomats after linking Russian military intelligence to a 2014 bombing of a weapons depot in Vrěbtice that killed two Czech citizens.

As relations between Prague and Moscow collapsed, Bulgarian officials unveiled their own investigation of four strikingly similar bombings of ammunition dumps over the past decade — and turned their attention squarely on Moscow too.

Investigators in both the Czech Republic and Bulgaria have focused on a Russian military intelligence group that appears to work within EU borders, but outside the unspoken norms of espionage, including a series of high-profile assassinations. Yet the EU has been indecisive and even weak in responding to these crimes. A stronger European response is necessary, not just to ensure Europe’s security, but to defend the democratic values Europe was founded on.

Concern about Russian military intelligence links to several high-profile killings goes as far back as the assassination of Putin critic Alexander Litvinenko, poisoned with radioactive polonium in London in 2006. Czech officials also seek a connection to the attempted assassination of Sergei Skripal and his daughter in 2018, that cost the life of a British citizen. Chechen dissidents have died under mysterious circumstances in Vienna in 2009, Berlin in 2019, and Lille, France just last year (as well as Ukraine and Turkey).

Last week, Slovakia, Romania and the Baltic states immediately supported Prague by expelling Russian diplomats from their own capitals, albeit in limited numbers. Other EU and NATO countries, however, have only released strongly-worded statements. Neither the EU nor the United States appears ready to go much further yet.

One hundred and fifty-two Russian diplomats have been sent home since 2017 in response to Russian activity in Europe. Their absence surely reduces Russia’s influence in European capitals. But expelling diplomats is primarily an exercise in messaging, not an action in and of itself. It won’t end Russia’s destabilization efforts in Europe.

Division within Europe over plans like the Nord Stream 2 pipeline has further complicated the chances of a strong, united response to Russian intelligence activity. Other than economic sanctions following the annexation of Crimea and the invasion of Donbass, and to the poisoning and imprisonment of Alexei Navalny, measures have remained limited in scope, if marked by an angrier tone. It is as if some people in Europe still want to spare the Kremlin, although they have no hope of changing the behavior of the Russian regime.

A list of 35 names of oligarchs and people in Putin’s inner circle proposed for sanctions by Vladimir Ashurkov, executive director of the Anti-Corruption Foundation, imprisoned dissident Alexei Navalny’s organization, received a cool reception from the EU and the United States. Freezing assets and imposing a travel ban on those 35 Putin intimates — without even starting to talk about blocking their access to Swift, the banking protocol they need to move money in Europe – would have had an immediate impact in Moscow.

A weak response to interference on European territory only encourages the regime inside Russia. Why should Putin show restraint at home, when anti-democratic actions inside Europe — even bombings and killings — produce few serious sanctions? A criminal regime will continue to commit crimes if no one resists it, or out of ignorance and fear talk is only of maintaining dialogue, which we don’t actually believe will work.

The Czech and Bulgarian revelations of the Kremlin’s actions come at a time when most countries have realized that Putin’s regime poses Europe’s most immediate threat. Despite the agreed rhetoric of calling on Russia to change its behavior, both externally and internally, a majority of European leaders see the challenge posed by Russia as destined to continue.

Illusory attempts to re-engage with Putin’s regime are brain dead — it’s about time. In taking on Russia over bombings and killings committed inside Europe, governments in the Czech Republic and Bulgaria are doing the right thing. The rest of Europe should follow them.

The warning was given a long time ago, with the crimes of the regime in Chechnya, Georgia, Ukraine and Syria. Those, even if of lesser intensity, committed on European soil, are only an extension of them. They are the consequence of our inaction and loss of awareness of what they mean. Crimes, including war crimes that are liable to the International Criminal Court, must be designated as such. They cannot be considered as business as usual.

Airbus to provide Uzbekistan with 4 H125 and H130 helicopters

Moon not sighted, Eid-ul-Fitr will likely be on Friday – MJC

R80Okay within the bag for five Each day Lotto gamers!