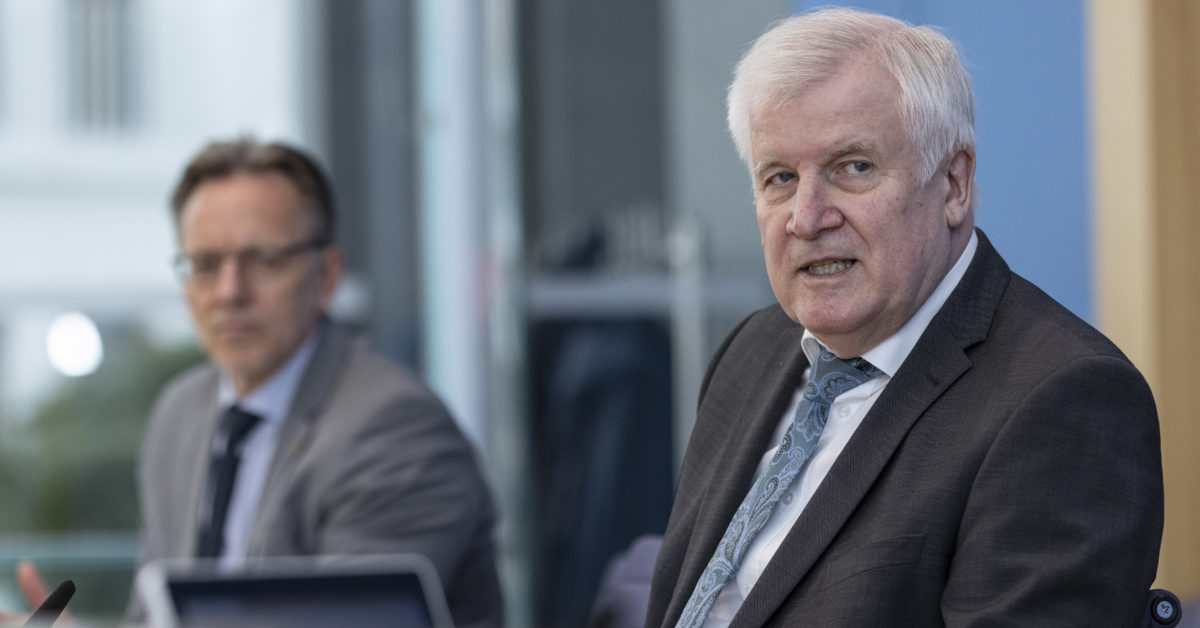 BERLIN — The number of right-wing extremist crimes committed in Germany increased sharply in 2020 to a two-decade high, the interior ministry said on Tuesday.

Such crimes “accounted for 23,064 criminal offenses [in 2020]. That is more than half … of all politically motivated crimes,” Interior Minister Horst Seehofer said while presenting the latest crime statistics at a press conference in Berlin.

“That is the highest level since records began in 2001,” Seehofer added, noting a “particularly serious” increase of 18.8 percent in violent hate crimes — including 11 murders and 13 attempted murders — to a total of 3,365 offenses.

The press conference came hours after authorities in Germany revealed they had detained a person believed to be behind a series of threatening letters sent to individuals active within the media and politics. The letters were signed “NSU 2.0” in reference to the National Socialist Underground, a notorious Nazi terrorist group that killed at least 10 people in the 2000s.

Seehofer on Tuesday also referred to the religiously motivated murder of a homosexual man in Dresden, a racist terrorist attack in Hanau that left 11 people dead in February last year and the 2019 assassination of Walter Lübcke, a politician who had voiced support for refugees.

“After the murder of Walter Lübcke and the attack on the synagogue in Halle, Hanau was the third right-wing terrorist attack in just a few months,” the minister said, adding that it showed “right-wing extremism is the greatest threat to security in our country.”

Seehofer highlighted an increase of 15.7 percent in anti-Semitic crimes, which he said was “not only worrying but also deeply shameful against the background of our history.”

The opposition far-right party Alternative for Germany has long argued that the main source of anti-Semitism in Germany is communities of immigrants from majority Arab countries, but Seehofer dismissed such a position as not supported by the data.

“Almost all of the anti-Semitic crimes were motivated by right-wing extremism. This is sometimes disputed, but it’s clear,” he said.

In response to the statistics, Josef Schuster, chairman of the Central Council of Jews in Germany, said: “The latest figures on violent acts and other crimes by extremists, as well as on anti-Semitic crimes, are absolutely alarming and an indictment of Germany.”

“Although Germany was less hard hit by the pandemic and responded with less severe restrictions than other European countries, the pandemic appears to have led to a new form of extremism,” Schuster added, referring to a worrying new alliance between extremists and lockdown critics in the country.

Seehofer also acknowledged that close ties between pandemic deniers and right-wing extremists were another problem unveiled by the latest crime statistics.

“It is problematic for the security authorities that new coalitions are forming between ordinary protesters and adherents of conspiracy ideologies, anti-vaxxers … and extremists,” he said, adding that around 3,500 crimes had been attributed to such groups in 2020, among them 500 violent acts.

Seehofer also denounced 260 reported crimes against journalists, 112 of them committed in the context of anti-lockdown demonstrations and almost half of them involving violence.

“I condemn these acts in the strongest possible terms,” he said.

5 Key Qualities To Look For In A Coach

Promising Sharks ahead says no to Stormers

Microsoft reportedly investigated Invoice Gates earlier than he left the board